“It’s quite an honor to be in the top 4% of the visual arts programs in the state.”

We were one of 20 school districts who earned [Visual Arts District of Distinction] last year in its inaugural year. This year, there were 46, and we were one of the handful that did it two years in a row. There’s a 14-point rubric of different activities, contests, professional associations, those kinds of things, that we have to do in order to meet this distinction.

It was especially challenging that the year wrapped up early for us with in-person learning. Fortunately, we had already met 13 of the 14 rubric points before we wound up going on COVID break. We were able to do a virtual museum tour with student art that we had collected throughout the year, and that fulfilled that 14th point. It’s quite an honor to be in the top 4% of the visual arts programs in the state.

We made a commitment to our kids who play instruments, on all the campuses, to make sure that everyone had their own instrument [during the pandemic]. High school is usually not a problem, but middle school, with kids that are just getting started, they may not want to commit to buying or renting an instrument. So we provided for those kids. We made the assessment and got the district backing to purchase a pretty good sum of new instruments, so that every kid can have their own.
On the visual arts side, sat down with our teachers and talked about the very basic supplies that a student, whether in class or learning at home, needed to have on hand. We built a basic supply kit and ordered enough that every child who is in a visual arts class has access to their own kit. 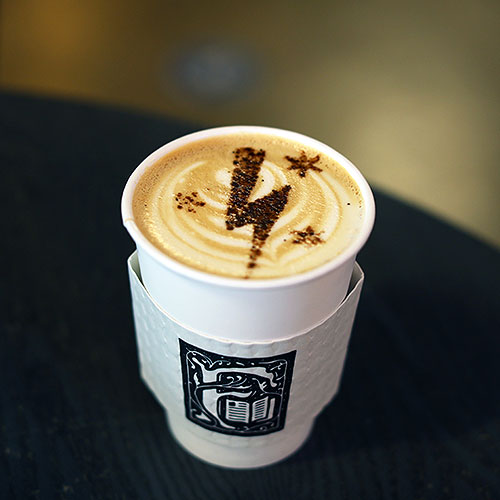 Carpenter chose to meet at Fabled Bookshop & Cafe “because it is a natural location for a discussion about education and the arts,” he said. He ordered a Muggle Mocha: “A blend of chocolate mocha and butterscotch. How can you go wrong?”

Just on Monday, we had the Waco High choir singing virtually for Rotary Club. They always do a December concert for Rotary, and this year it had to be virtual. Superintendent [Susan] Kincannon, the principal, we’re all watching this event happen. It was emotional.

It was touching because it was one of the first live performances those kids have gotten to do this year. Of course, they were spaced apart, wearing their masks and those kinds of things. But when you have a person in charge, like Dr. Kincannon, and school board members who support [the arts], saying, ‘That was touching. That was good for the soul,’ — that’s when you know you’re getting to people where it counts, and you’re making that human connection. I think that’s what the arts do, not only for what it gives to the viewer, but also to the kids who are participating.

Larry Carpenter oversees all performing and visual arts at WISD’s elementary, middle and high school campuses. For the past two years, the visual arts program has been named District of Distinction by the Texas Art Education Association. To be eligible for that designation, a district must complete at least 12 of the 14 points on a rubric from the TAEA. Waco ISD, Carpenter said, checked off all 14 boxes the past two years.