I guess I started the violin when I was in second grade. My parents were both very musical. They were missionaries to India. I was born in India.

The earliest recollections, music was always around the house. My mother sang and played the cello. My father played trumpet and was a composer, even though he was a minister. There was a strong tradition of music in the house. They played classical music constantly.

Ithink Waco is a fantastic community. I love the people of Waco. Baylor has been very good to me. I love the students that Baylor attracts. The other thing is this: In Waco, Texas, you can make a difference. I don’t think you can make quite the same difference in Houston or Dallas. There are people who make a difference in those towns, but [in Waco] if you want to speak to the mayor, we all know Kyle Deaver. Or if you want to volunteer to do something with a nonprofit, you just call or you stop in.

I love the fact that there’s accessibility in Waco. Every time I drive in Houston, I’m really glad I live in Waco. It’s that chance to make a difference, that and the people. We are so blessed in this community with the number of people who are civic-minded, who really want this community to be better. That’s really reflected in the donors.

The business community steps up time and time again, not just for the symphony, but for so many events and so many projects in the city. There’s a civic-mindedness there that’s astounding to me. I’m kind of awed by it.

I love Sting. He’s orchestrated some of his pieces, including some of his old [The] Police pieces. They’re beautiful, and he sings them with orchestras.

One of my bucket list things would be to have [Sting perform] in McLane Stadium with the Baylor Symphony. That would be awesome. He is a really fine musician, and I respect that.

I hear a lot of music. I hear a lot of student performances. I enjoy it if it’s well done. The minute it’s out of tune, the minute it doesn’t have rhythmical integrity or if it’s just not well done, I get sleepy. It’s important for musicians to understand that if we want people to listen to our music, we have a responsibility to make sure it’s exceptional. 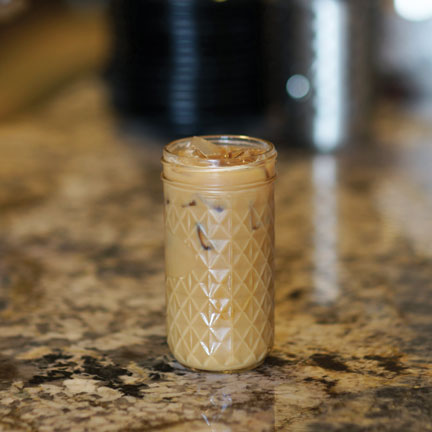 Stephen Heyde ordered a skinny iced latte at Dichotomy Coffee & Spirits on a recent Wednesday. “Tastes good and less calories,” he said of his choice, and iced to beat the heat of an afternoon in the early Texas summer.