“I’ll build whatever you ask me to build.”

I was in the Secret Service for six years. Of course, we had the president at the time [George W. Bush], and the ranch was in our district. I was detailed out to George Bush several times, and I had every South Texas hunting trip [Dick] Cheney ever made. I was on the trip where [Harry Whittington] got shot in the face. I was on an evening shift, and he got shot in the morning. I heard about it coming in.

[Cheney] was actually great. His private persona and public perception were polar opposites. He had a great sense of humor. He was enjoyable to be with. I really like Dick Cheney. Mommy and Daddy [George and Barbara] Bush were the best.

I [was assigned to] Bill Clinton several times. He was fantastic. I liked Bill a lot. He was a great guy. Good sense of humor. He had a good time with us. I had Hillary a couple of times. In my experience, she was just not pleasant to be around.

In late 2005, I was talking to my father on the phone. I was in New York because we did the U.N. every year, and I had just missed my daughter taking her first steps. Dad said, ‘I think I’m going to retire and close the business [Jim Bland Construction].’

I said, ‘Hold that thought.’ I stayed on [with the Secret Service] until the following June. My wife had secured a position with Providence Hospital. I retired my commission.

Now, I own the company. People in this town know Jim Bland Construction. It’s a 40-year-old local company. We build primarily residential. Some light commercial. It’s pure custom home. I’ll build whatever you ask me to build.

What we’re doing with construction science with the Greater Waco Advanced Manufacturing Academy at Waco ISD is being looked at as a demonstration site for the rest of the state. As president of the builders association, I’ve had inquiries over the last two years from 10-12 different markets who have reached out saying, ‘I want to bring a delegation to see what you’re doing at GWAMA. We want to duplicate what you’re doing.’ It’s an amazing program.

The Showcase of Homes is September 9-10 and 16-17. We’re having a preview party on September 7 at 2010 Canyon Trail in Hidden Valley. Proceeds will go to Habitat for Humanity and Mission Waco. People can come out, get something good to eat, raise money for two extremely worthy charities and get a sneak peek at what houses are available to see at the Showcase of Homes. 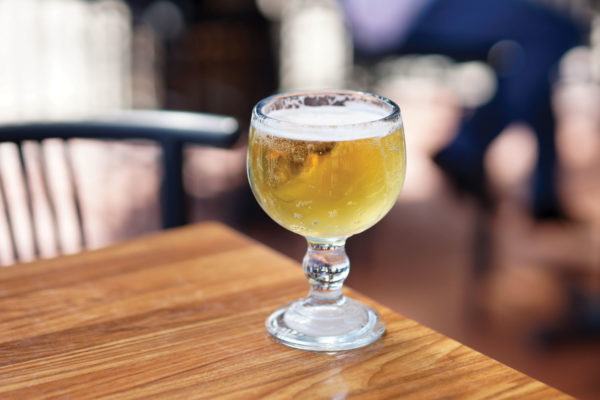