“I’ve learned that you better have a full-fledged tornado on the ground if you’re going to interrupt ‘The Young and the Restless.’”

It was a lot of responsibility, and we take it seriously. Severe weather can be a real threat to lives and property, and we have a large coverage area. Whether it’s a storm two hours away in San Saba County or two hours east in Freestone or Leon, we feel a responsibility to let viewers on all sides know what’s coming. It can be stressful.

Of course, you’re walking a pretty fine line because I’ve learned that you better have a full-fledged tornado on the ground if you’re going to interrupt ‘The Young and the Restless’ or one of those soap operas. There’s going to be somebody who is far displaced from that storm and couldn’t care less and wants to get back to their program.

But if it’s a storm that could affect lives and property, we have a stern commitment to get on the air. And if it’s something that’s really dangerous, to get on and stay on wall-to-wall. 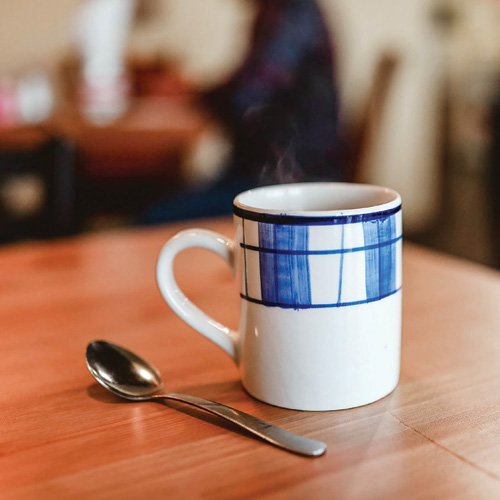 Rusty and Ann Garrett have been going to Brown House Café since it opened. “This chocolate ribbon pie, oh, it’s so good.” Even though it was early afternoon, Garrett still had a hot cup of coffee. “You know, it doesn’t keep me awake. Typically I have just one cup in the morning. But occasionally, like today, you get a chance to sit down … and enjoy a cup of coffee and a piece of pie.”

I love the older style of coinage. It was designed by George Morgan. And I just love the look of the coin. It’s got a beautiful picture of lady who kind of resembles Lady Liberty, and it’s just a beautiful coin and I love collecting them.

I’m proud to say that I am a Freemason, 33rd degree Scottish Rite. And I am so glad that this time of retirement allows me to attend more lodge meetings and be a little bit more active in some of the charities, such as the Scottish Rite children’s hospitals and the different functions that masonry affords us to do for the community.

And I just spend time at home on the property. We’ve got about 5 acres out in the country. We’re about 20 minutes out of Waco, and it’s nice and quiet out there. And those 5 acres keep me busy during the growing season. I’m on that John Deere and I get that chainsaw, and man, I’m getting after it. I call it just piddling around on the property.

Rusty Garrett may be officially retired, but Central Texas television viewers can still see him on occasion. Garrett left KWTX-Channel 10 after a 30-year career but still does weather broadcasts a couple of days a week. And he’ll be around for the station’s charitable efforts: Food for Families and Toys for Tots.