“In my mind, Frank will always be the Voice of the Baylor Bears.”

Some highlights in 33 years? You know, there’ve been so many we could spend the rest of the day talking about it. You remember the games, the big wins, the comebacks in different sports.

I really enjoyed doing all the different sports. And there have been tons of highlights through the years. But really the best thing is just the relationships with the people that I’ve worked with — our teams who do the broadcast.

Pat Nunley’s like a brother to me. I love J.J. Joe and Rickey [Thompson] and Bob Baker, our engineer, and all those guys that I get to work with.

But then getting to know the student athletes as they come through here has been fun, and staying in touch with them through the years. Like yesterday, I was over at basketball, and they had the vets over there playing the current team. Pierre Jackson and Tweety Carter and LaceDarius Dunn and Curtis Jerrells and Kevin Rogers, all those guys were back playing. And it was great seeing them.

The first year I started working with Frank was 1987, and that year ended up being the last year of what was the Southwest Conference Radio Network. Frank and I did the nonconference [football] games together, and when it got to conference, it was one announcer from each school. [Texas A&M was] going to pull out of the Southwest Conference Radio Network, and that just imploded it all. You can’t do it without one school. 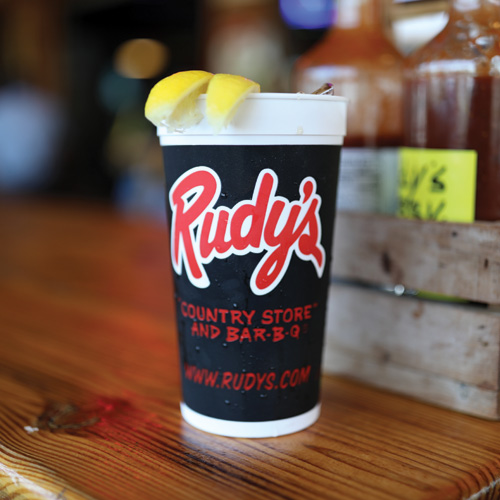 Morris chose to have a Waco Chat at Rudy’s Country Store on The Circle in Waco. “We host our coach’s show here,” he said. “I’m a regular. I don’t have a personalized parking space, but I’m here quite a bit.” And Rudy’s sweet iced tea is Morris’ go-to drink when he’s eating barbecue there.

Starting in 1988, I started doing every game with Frank. So that 367 [consecutive games] starts with the first game of the ’88 season.

The best professional experience of my life was working with him. What I like to say is that anything good that we do is a positive reflection on Frank, because I learned from him. He’s my mentor. I loved working with him.

I wish we could have worked together more. I would have been happy if Frank did play-by-play for 20 more years and I did color with him for 20 years. But then when he retired, I was fortunate enough to follow him. And in my mind, Frank will always be the Voice of the Baylor Bears.

When it gets to the end of the spring semester, we have some time and it’s just great just to be at home. Our kids and our grandson, they’re all here in Waco, so we love spending time with them. And it’s really just us being at home and being together and not having to work every weekend like it is through the school year.

John Morris has been in the public eye for his entire career. For 15 years, he worked at KWTX-Channel 10. Then he went to work at Baylor in 1986 and is now the play-by-play announcer for the football and men’s basketball teams. But don’t call him the Voice of the Baylor Bears. That title will always belong to his longtime friend and mentor Frank Fallon, who called Baylor games from 1953-1995. Morris has called 367 consecutive Baylor football games.