“Through music I can say what I want with more depth.”

There are three rounds for this competition. The state level was held in October. You compete against other string instrument players in the senior division, which is ages 15 to 18.

I won the state [level], which led me to the division, which was held in Arkansas. The division is Louisiana, Oklahoma, Arkansas and Texas. They split the country into seven divisions, and the seven division winners went to Maryland this year. We competed, and they chose me. You have to perform at least two pieces from contrasting time periods, like Baroque, classical or romantic or modern.

I played three pieces. First is the Ysaÿe Sonata No. 2 Fourth Movement, which is a more contemporary piece. Then the Sibelius Violin Concerto First Movement, and then the Waxman Carmen Fantasy. It’s a showpiece based on the “Carmen” opera. I played those three pieces for all three rounds.

I was the youngest competitor. Among the seven, a couple were already in college.

I’ve been playing since I was 5, so 11 years now. My whole family is very music- and art-based. My dad majored in music theory, and my mom majored in music competition. They’re both pianists, and my dad plays guitar. My grandpa is a trombonist, and my aunt is a vocalist. I knew I would play an instrument, but I just didn’t know which one.

I feel like music is an outlet and a way for me to express how I feel. As younger people, especially, people don’t take certain things seriously that we do. But through music I can say what I want with more depth. The process is very difficult at times because it’s very time consuming, but it’s very rewarding. And I find it fun.

I’ll try to get three hours [of practice] in a day when I go to school. Then a bit more on the weekends and when competition comes around. And I take lessons in Austin from Brian Lewis, a professor [at The University of Texas].

I’ve always really been interested in psychology. It’s how people’s brain react or interact with different things. It kind of relates to music and how people are stimulated through music. I’m actually taking a psychology course at Harvard [this summer], so that will give me an introduction.

Haeun Moon, a 16-year-old junior at Midway High School, recently won the Music Teachers National Association String Competition in Maryland. She was 15 at the time and beat out six other division winners from across the country, including a couple of college freshmen. 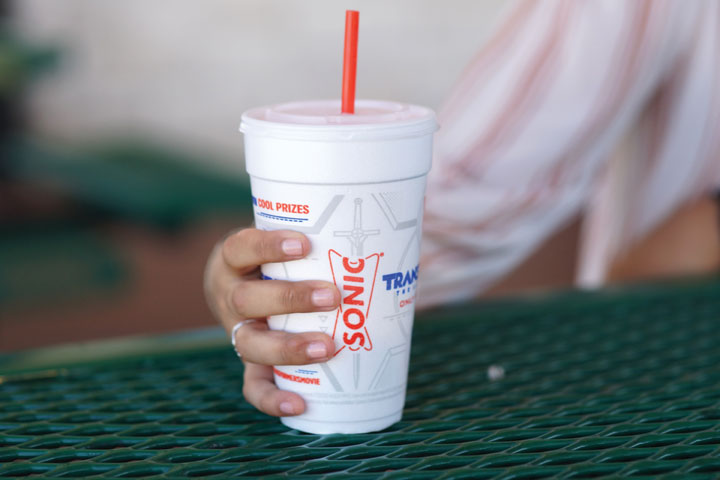 At a Sonic Drive-In on a recent 100-degree afternoon, Moon ordered a peach slush. The peach harkened back to her young childhood living in Georgia, the Peach State, and “the slush is refreshing without being too much,” she said. A milkshake would have been “too heavy.”