“She does a handstand while balancing on one of my feet.”

Performing I’ve been doing for 2 1/2 years. My boyfriend works for another stunt dog company, and I had seen a couple of their performances over the years. I saw a dog doing a walking handstand, and I said, ‘I want a dog that can do that.’

Eventually I got a dog that I thought had that talent. When I got Nova, she was already trying to offer sit and down. She was an awesome little puppy that took to training right away. I said, ‘This is the dog that can do this.’

Super Nova is probably my No. 1 stunt dog. She knows 300 tricks and routines. She’s 4. I’ve had her since she was 5 1/2 weeks old. She’s the one you’re going to see the most because she has the most impressive tricks. She does a walking handstand. She does dancing.

She does a trick that she’s one of maybe two dogs in the world that do it. She does a handstand while balancing on [the bottom of] one of my feet. She brings her back paws up into a handstand, and she holds herself on her front paws. It’s a small size 8 shoe that she balances that 30 pounds on.

She is a diabetic alert dog for me. We give off an odor or a chemical that has a certain smell that she can sense. She can tell when my blood sugar is going to drop. She’ll give me an alert. Then I know I have to eat something or take a glucose tablet. 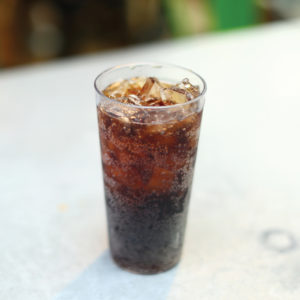 Foy, who recently moved to Waco, chose to have a drink and a late lunch at Buzzard Billy’s. “They have really good food here from what I’ve been told,” she said. “And I don’t get to have alligator very often.” To drink, she went with one of her favorites — a bubbly root beer.

I have seven dogs. Nova is an Australian cattle dog. I have three border collies, I have a border collie-papillon mix, I have a Shih Tzu, I have an Aussie heeler.

Some of them are still in training. They may do a how-to, where we show how people can teach their dogs certain things. All my dogs are pretty much in the shows, if they want to be.

In the World’s Most Amazing Dog [competition], Nova is looking right now to be a finalist. It’s going to be on Facebook Watch. It’s like ‘America’s Got Talent’ but for dogs. [The finalists] will fly to Las Vegas or another location they choose. There will be a semifinals [round], then the final winner will be chosen.