“Growing up playing Western swing, I feel all my music has to swing.”

I lived in Austin for 10 or 11 years, and two years ago I moved to Lockhart. I bought a house. I couldn’t afford real estate in Austin, and rent was too high. I couldn’t find a place that could hold all of my equipment and pay rent.

I bought an old house that has a general store attached to it. It’s a weird house, which is why I like it. I grew up in Crawford, so I feel like I’ve gone back to what I remember growing up. Easy to get to the grocery store. No traffic.

I did not like barbecue until the last five years. I’m into it now. I like Black’s [Barbecue]. Smitty’s [Market] has good sausage. I haven’t been to Kreuz [Market] yet. It’s how I get people to come visit me — ‘We can go have lunch and get barbecue.’

I listen to a lot of Thelonious Monk. I really like the harmonics of his music. I think his sense of time and meter and the way he swings is better than anything I’ve ever heard. It has a rhythm-and-blues quality to it, too. He encapsulates all the styles of music that I love. 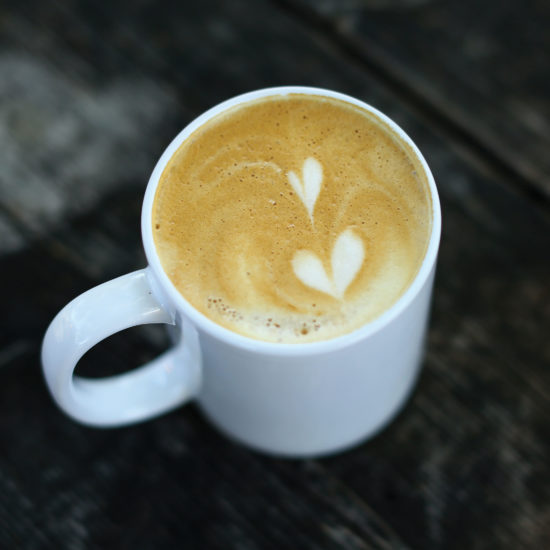 Gimble elected to have a drink at Common Grounds, near Baylor, a place where she often attended shows when she was a student at MCC. Gimble is a big coffee-drinker but ordered a dirty chai, which is Earl Gray tea with a shot of espresso. Her go-to drink is usually a red eye — coffee with a double shot of espresso — but “I’m feeling a little stuffy so I figured I would go easy on the caffeine,” she said.

In contemporary music, people are afraid to let there be space, but that’s when the music happens. Papa [Johnny Gimble] was really good at that. He would play a note [on his fiddle], pick up his bow, then come down hard on the next note. With that space, that next note resonates with you so much more. I’m attracted to music like that, where people aren’t afraid to let some time go by before they say something or play something.

I’ve been listening to a lot of Aretha [Franklin] since she passed away. When you let music sit for five years and then come back to it, it all sounds different.

[Some new music should be released] next spring or summer. It may be a double EP, one of Western swing and one with an R&B sound, released together.

I have a hard time labeling my music. And I know that’s part of what the music business is, so at some point you have to understand that’s how you communicate about it. All the sounds you listen to influence what you play has to do with the genre. So it’s a little bit country, because I’m singing it and I grew up here. When I moved to Austin, there’s a blues scene, and I somehow got involved in that. Growing up playing Western swing, I feel all my music has to swing, and it does swing a little.