“I want them to understand that if I can do it, they can do it.”

Working at an elementary school, I like to see the love for learning that the younger kids have. It’s still fun for them. Just to see the looks on their faces when they master a concept, just the awe. There’s nothing better.

[J.H. Hines is] about 70 or 75 percent African-American, 20 percent Hispanic and about 5 percent white and two or more races. There’s a very high rate of low socioeconomic status. We’re in the heart of East Waco.

It’ll be good for the kids to see someone who looks like them in a positive role, in a leadership role on their campus. Hopefully I can give them something to aspire to, to realize they can do whatever they want.

I came up in a lot of the same circumstances a lot of these kids are in, and I made it out. I have my bachelor’s, I have my master’s degree, and now I’ll get to lead the next generation into the future. I want them to understand that if I can do it, they can do it. I want them to understand that they can accomplish their goals and life is bigger than Waco. They can expand their horizons.

[Andrea and I] met in college. The first time we met, I was working in the coliseum, and Andrea and her sorority were having a step presentation. They needed me to run the music. That was the first time we met. We had a lot of mutual friends, and we had a lab together one summer. 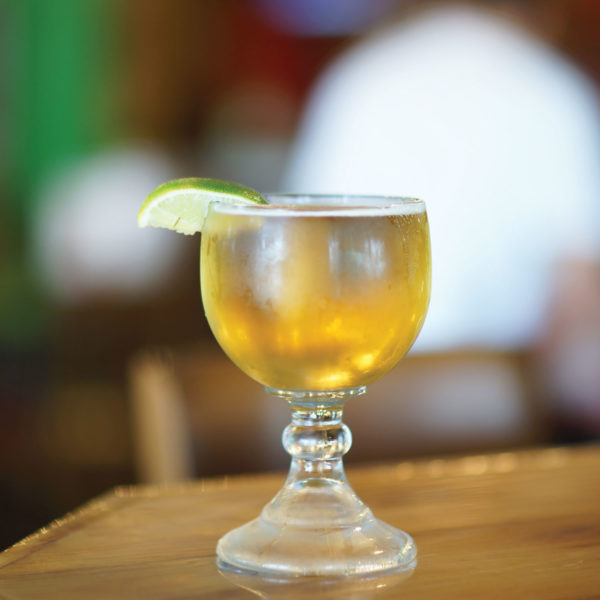 The Drink: Barefield first experienced Dos Equis on his honeymoon nearly 16 years ago, in Mexico. He had heard the warning, “Don’t drink the water,” so he tried a soda. “It was flat. The bartender recommended a Dos Equis. I tried it and here we are,” Barefield said.

At that time, she had what I considered a man problem — she had a boyfriend. She had promised me when we were studying together that before she graduated — she’s older than me — that she would cook. The week of her graduation, she cooked.

She had a little party, and we hit it off from there. My joke is that she didn’t cook. When I got there, her friends were cooking. She said she had made the cornbread. They had made Creole pork chops, rice, greens. I brought a dessert, a gallon of ice cream and apple pie. From there, I started my pursuit.

Right now, I’m reading a lot of STAAR scores, getting ready for school. I nightly read my Bible. I love Jason Bourne books. Anything by Robert Ludlum. When I have a little bit of free time, I read that.

We live in her mom’s old house. We were meant to be here. We’re doing big things since we got back [from Houston in 2015].