I like being a voice for the animals. They can’t speak for themselves. It’s doing what we can to get our city to have no-kill status and to save ’em all.

We partner with the city of Waco. They take care of the kenneling, the animal control and all of the services taking care of the animals. The Humane Society, we are the partners that take care of finding exits for those animals that are brought in.

Any animal that is not reclaimed we find a rescue for it, we find an adopter for it. We are the exit strategy. It’s a great partnership.

When I came here in 2012, the live exit rate of the shelter was only 28%. We formed this partnership, and it’s not just the city of Waco and the Humane Society — we have formed partnerships with a lot of rescue partners. For several years now, we’ve been over 90% live exit rate.

We finished last year at 95% live exit rate for the overall year. Last year, we took in 5,550 animals, and 95% left alive. That’s a huge difference that wouldn’t have been able to happen without all the partnerships and collaborations. 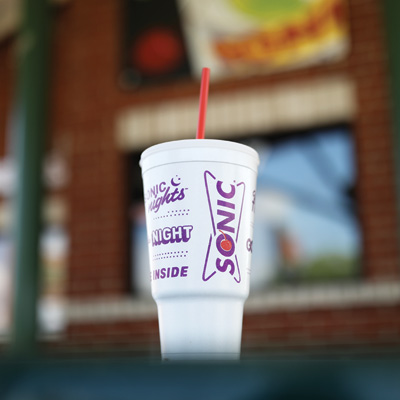 Don’s beverage of choice was a vanilla diet Dr Pepper at Sonic Drive-In on Robinson Drive, a couple of miles from the Humane Society facility at 2032 Circle Road. “It’s wonderful,” he said. “With that little vanilla in there, it feels like I’m cheating, but I’m not. I’m a long-time Dr Pepper drinker.”

Right now, we have a wonderful young puppy that needs surgery on both legs. It’s going to be $2,600. As a small nonprofit, we just can’t spend $2,600 on a puppy. The city can’t spend that on every dog.

We asked the public to help, and we’ve got about one leg paid for already. It’s been just a few days. There are a lot of people out there who really want to help our community be the best it can be.

I have a Nova Scotia duck tolling named Rusty. It’s the smallest of the retriever breed. It was originally bred in Nova Scotia to hunt ducks. They love water. He came from a shelter when he was about 9 months old.

I do triathlons. I started off with running. I got into that and these crazy people — they call themselves my friends — they convinced me I needed to start swimming and biking also.

Don Bland has been executive director of the Humane Society of Central Texas for seven years and was previously was a major gift officer with Scott & White Children’s Hospital. He grew up in Clifton and Valley Mills and attended McLennan Community College before graduating from Baylor University with a degree in management.