“There’s a restoration story in Waco.”

The van tour is a little bit of all of Waco. Our goal was to show a little bit of all of Waco and tie in this whole restoration theme that this city’s gone through [over] the years. We do downtown, Cameron Park, the lake. We do Baylor, East Waco, Lovers Leap. We [stop at] Common Grounds and Heritage Creamery. Then we go over to the lake side of town so people can see the lake and a few neighborhoods.

We try to show the different neighborhoods in town, and then to end the tour we come down Valley Mills [Drive] and we go through a little bit of Castle Heights. The heart of downtown is a big part of it. I think we show eight houses that were on [‘Fixer Upper’], that [the owners] gave us permission that we go by. But it’s not a ‘Fixer Upper’ tour. It’s a classic Waco tour of all of Waco. Of course, the Magnolia thing is what people are coming to town for. 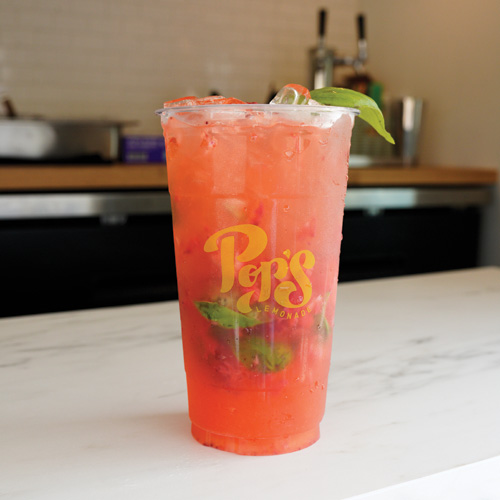 Ridley chose to meet at Pop’s lemonade truck when it was parked at Franklin Ave Mac House. Both businesses are owned by his friends Omari and Abby Head. For his drink, Ridley opted for the lemonade with basil and strawberry. “It’s my favorite drink in town,” Ridley said.

I grew up in Texas. I went to North Lamar High School in Paris, Texas. I did junior college and then went to a model search deal and got picked up. I took some photographs and moved to New York City. Life got a hold of me actually in New York where things were just very difficult.

[I] was working in health care, and I got on ‘Fixer Upper.’ After being on ‘Fixer Upper’ I realized all these tourists were coming to Waco, and there’s a restoration story in Waco.

I had this prompting inside of me that was like, Waco needs a tour company. So I called my friends Luke and Rachel [Whyte]. I said, ‘Hey, I’m gonna do a tour company here in Waco. I feel like I’m supposed to do it.’ They were like, David, we’ve thought of that same kind of thing. We love people and hosting.

So that’s how it was birthed, as just a little idea and friends that have similar hearts. And we did, we jumped in and did it together.

David Ridley is one of the co-owners of Waco Tours, which offers boat and van tours of the city. He and his wife, Rachel, own the company along with Luke and Rachel Whyte. Waco Tours’ river cruise was recently named the best boat tour in the country by USA Today.