“I just felt really lucky to be there.”

I always wanted to do sports journalism. I always liked writing. I always liked public speaking. Even in fourth grade, running for student council, I loved giving speeches.

I had someone say to me, and they knew I had a lot of interest in sports, ‘Hey, you would be really good at sports broadcasting.’ I was like, ‘Yeah, I would.’ And I ran with it.

I played pretty much everything growing up. I ended up playing basketball through middle school, but I fell in love with dance. I was always dancing at the high school games and explaining to my teammates what was going on [in the game] along the way.

I’m from a family of sports people. My parents both played college basketball. My grandpas were both coaches. It’s just in the family.

[Covering the Final Four] was really a dream come true. I just felt really lucky to be there. I wasn’t sure the bubble was going to work and teams were actually going to be able to keep playing. There were some scares early on with teams in conference tournaments having to back out because of COVID. All of that just made it really special to be there.

It definitely was different than a typical Final Four is, not as many people were there. But it happened. And it happened this year. It didn’t happen last year. And I think it was a moment [realizing], ‘Wow, I just covered a national championship team.’ One that I think will go down in history as one of the best basketball teams ever. 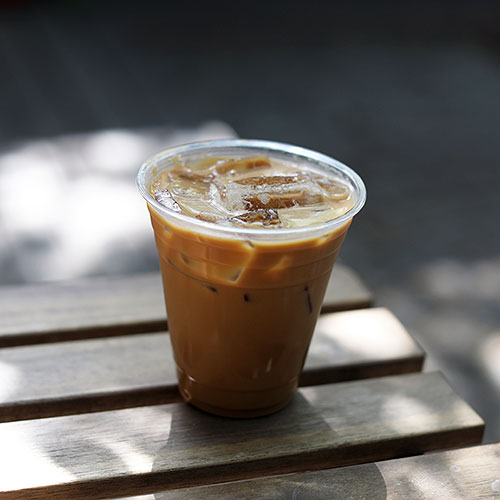 Brown opted to meet at Pinewood Coffee Bar. It’s become one of her favorite hangouts since moving to Waco. She ordered an iced latte with oat milk. Being in the TV news business, her workday was just beginning, so she needed the caffeine to get her through another late night at the station.

[Working in Waco] I get to witness really big moments in settings that make it more intimate. It’s really unique. Like when [former Baylor football coach] Matt Rhule left to go to the [Carolina] Panthers, we interviewed him outside his house. Stuff like that would not [happen] in other places and other markets. I got to interview [Baylor women’s basketball coach] Kim Mulkey at her house, too. She’s a Hall of Fame coach, and just being connected with someone like that was really cool.

I’ve had a unique run with local [TV] because usually [sports director positions] are either not open or not available to people starting out. It’s just people that have been there forever. But it’s started to change. The position [at KWTX] came open this fall, and my bosses gave it a little time, and then they promoted me. I’ve worked really hard. I’m glad they trusted me. I like the responsibility of it.

Darby Brown is the sports director at KWTX-TV, the first female, she’s pretty sure, to ever hold that spot. She was previously the sports director at KWES-TV in Midland. Prior to this interview, she had just returned from Indianapolis, where she covered the Baylor Bears in their historic national championship win over Gonzaga. She was a one-woman show at the tournament, responsible for shooting, editing and uploading her video for nightly reports from Lucas Oil Stadium.