“We’re the misfits, the people who create nuisances, and we’re not malicious.”

While I was working at Salvation Army, the community kitchen at [Third Street] and Webster [Avenue], I noticed a trail of Styrofoam cups every day, going from our front door to their front door [at a local homeless shelter]. I didn’t want to embarrass them or make an uncomfortable situation, so I just took it upon myself to pick up after them.

I did this every day for like three years. At that point I started falling quite a bit, but it was easy for me to pick myself back up. I would just laugh it off — it’s just me being clumsy or not paying attention. But it was one of the beginning symptoms of [multiple sclerosis].

I held it off as long as I could, but after I started falling into red ant piles and things of that sort, because I was out there picking up where people generally don’t go, I was asked by one of our dear friends if I’d consider getting a group started with like-minded people and do a cleanup every now and then. We started it on the Saturday after Thanksgiving of 2016.

It was the 50th anniversary of [the Arlo Guthrie song] ‘Alice’s Restaurant.’ In listening to the lyrics a little bit closer, the Group W bench [in the song] really solidified what we’re all about. We’re the misfits, the people who create nuisances, and we’re not malicious. That gave me the rallying cry to do this. 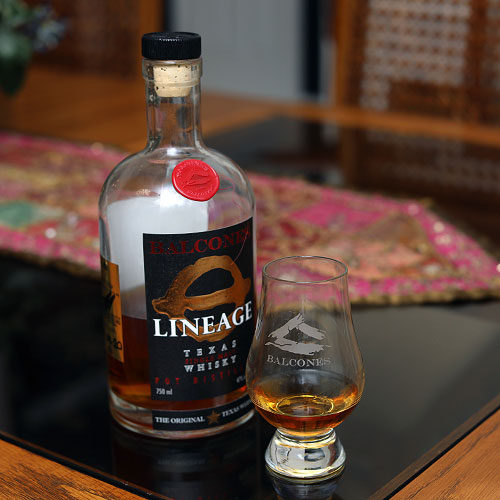 In his career as a long-haul truck driver, Bruce Huff visited bars across the country and tasted Scotch whisky from around the world. And the stuff that Balcones Distilling here in Waco puts out is among the best he’s ever had. Since he first sampled the Balcones product 10 years ago, he hasn’t bought any other brand. And Balcones is also a sponsor of Group W Bench Litter Patrol. “They give me bottles occasionally to give away at some of our events, and it’s always been a great draw,” he said. “People are excited about winning that bottle.”

On the first litter pick, we picked up 4,700 pounds of trash on the Brazos River, and that told me there was a big need.

I’ve got the state’s longest Adopt-A-Highway, 6 miles on Highway 6, from the Twin Bridges to just beyond [Highway] 185.

I’d like to point out my disability and how it’s affecting everything. I rely on people now to do all my dirty work. I’ve got good volunteers that are helping out, but I can’t expect them to keep on doing it.

I’m really needing some more help to follow through. I’m not going to be able to do this for much longer. And I don’t want to see something that has grown out of a passion burn up like a phoenix, just crash and burn. So I would like to hand it to somebody to take over. I don’t know if that’s possible, but it’s a lot to take on.

To say that Bruce Huff’s background is varied would be a bit of an understatement. He’s been a sailor, a volleyball coach, a truck driver, a cook at the Salvation Army and the owner of a fish market on Cape Cod. His customers there included the likes of Billy Joel, the Kennedy family, Arnold Schwarzenegger and Cyndi Lauper. A few years ago, Huff started the Group W Bench Litter Patrol, an organization dedicated to cleaning up trash in and around Waco. Many of Group W’s volunteers who pick up trash are doing so to earn required community service hours.