“It ended up being just as amazing as what I had originally thought it would be.”

I took a lot of AP and pre-AP classes [which accounted for the above-100 GPA]. I discovered sophomore year that I really liked taking physics, so I took Physics 1, Physics 2 and Physics C. And those are all AP courses.

Graduation was certainly different from how it was in the past. It was in Panther Stadium and not the Ferrell Center; we had streamers and not tossing the hats, but it was so beautiful. And it may have been different from what I wanted, but it ended up being just as amazing as what I had originally thought it would be.

I’m currently planning to attend Rice University in the fall. I am planning to go on campus. And I’m looking toward maybe majoring in physics. 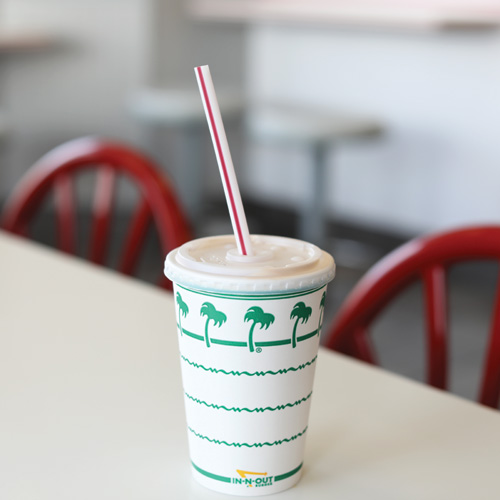 Amilia chose to meet at In-N-Out because it was one of the first places she ate in Waco when she moved here prior to her sophomore year. “It was new to me,” she said. And the chocolate milkshake? “Chocolate and ice cream are my two favorite food groups.”

I eventually want to go on to medical school. I like that I can take my science background and continue to learn in the sciences but also apply it directly to the real world. I like the idea of being able to practice science in a real-life setting and be able to help people and see results more immediately and see a bigger impact.

I volunteered for several summers at Baylor Scott & White Hillcrest, mainly in the emergency department. I got to follow around physicians and help out when I could. Obviously, I can’t do a whole lot as somebody who’s not certified. I took the little tasks so that the medical professionals could focus more on their job of helping people. If there were wheelchairs lying around, I would take them back to where they belong and wipe them down, because that was one thing that really needed to be done was to sanitize the wheelchairs.

[I became interested in medicine] just seeing the way that people need compassionate health care workers. There were people that would come in who were very sick and very sad, and they needed somebody there to be compassionate to help them out. I sat with one lady who was very depressed. She was later in life, and her family wasn’t really taking care of her. While all the health care professionals were busy taking care of the different people coming in and out of the ER, I spent my shift sitting with her, and she was very happy to have somebody there to listen to her. She just needed somebody there to chat with her and talk about her life and distract her and make her feel at ease.

Just like with every other student around here, Amilia Warkentine’s senior year at Midway High School didn’t end like she expected. But she took it in stride and is looking forward to beginning college at Rice University in the fall. Warkentine, the daughter of Angie and Brian Warkentine, was Midway’s 2020 valedictorian, ending her high school career with a GPA of 110.6457. That’s on a 100-point scale and is the highest GPA in Midway history. She also notched a perfect score on the ACT when she took it during her junior year.