“Everybody’s grandmother is the best cook, but mine really was.”

I’ve been cooking most of my life. [I learned from] Mama, Bessie Helen Zemanek. Everybody’s grandmother is the best cook, but mine really was. Everything was grown or raised out there at her house.

This was farm-to-table before farm-to-table was a thing. That’s how we grew up eating. She had chickens, and we would go get the eggs every Sunday when we were there. And she had a big garden and cows. So everything that we ate for Sunday dinner was grown or raised pretty much right within a few feet of the table.

I was the one that picked up cooking from Mama because I just thought it was interesting and I loved spending time with my grandmother.

[While at home during the pandemic], we’ve had a variety. We had fried chicken once, then I did chicken fried steak. That was good. We’ve had sausage, a couple of kinds of tacos. And we’ve had lots of sandwiches. I’ve been on a sandwich kick.

I have noticed more people walking [since the pandemic started]. There’s always people walking in our neighborhood, but I’ve seen different people walking. And that’s kind of a nice thing. We’ve met neighbors that we didn’t know. People drive by and they wave at you, but we don’t know them by name. But we’ve met several over the last few weeks that have come up and talked to us on the driveway. 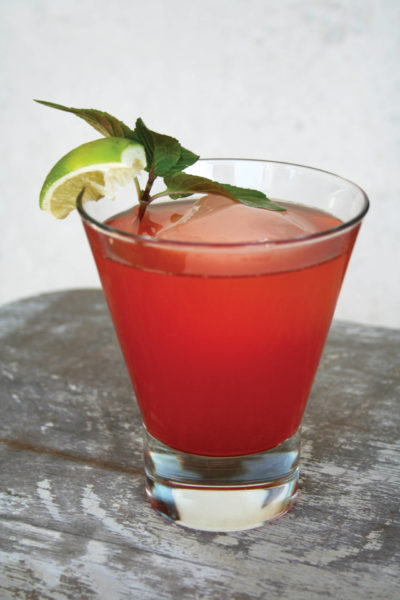 It just seems like people have been friendlier. And I guess because they’re less busy, they have more time to stop and visit, so that part of all this has been nice. And I would like to see more of that because I would really like to get to know our neighbors better.

We have talked about for years serving cookies and lemonade on the porch, so maybe this will motivate us to actually do that. Or we can call Pokey O’s again, because that was fun when they came [to the neighborhood] last week. We all stood 6 feet apart, and we got cookies and ice cream. So maybe we’ll do that again, just things to actually meet and talk to our neighbors a little bit more.