Thursday marked the 76th anniversary of the attack on Pearl Harbor, and while ceremonies of remembrance took place all around the nation, Waco’s was especially significant this year as we honored the memory of a remarkable American hero, Doris Miller.

A large crowd gathered Thursday afternoon in Bledsoe-Miller Park for a ceremony to unveil a 9-foot bronze sculpture in the likeness of MIller. Miller showed extraordinary bravery during the attack on Pearl Harbor and was the first African-American to be awarded the Navy Cross. The statue is just part of the larger Doris Miller Memorial that organizers expect to be complete by Memorial Day. 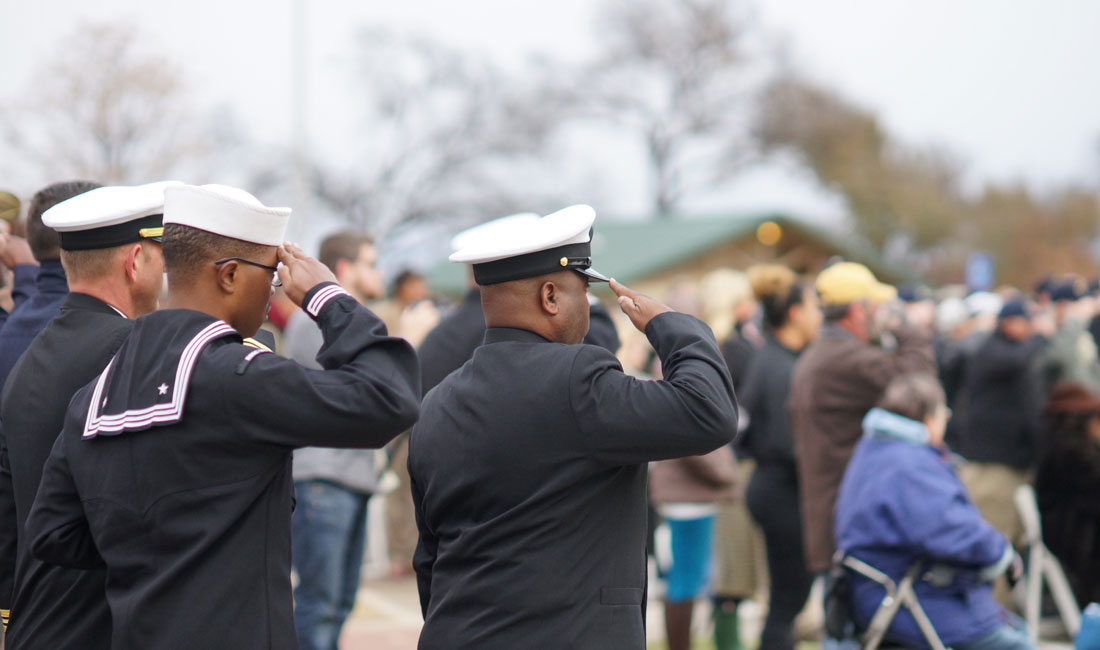 Miller was born in Waco and attended school here. He enlisted in the United States Navy in 1939. On the morning of the Pearl Harbor attacks, Miller operated the machine guns aboard his ship to return fire and defend the crew from the Japanese attacks, despite having no previous training on how to use them. He also helped carry wounded crew members, including the ship’s captain, away from the line of fire and move them to a safer location within the vessel. His brave acts saved the lives of many.

To honor Doris Miller’s heroism and to celebrate his connection to Waco, the Waco Cultural Arts Fest began in 2011 to plan and fundraise for a Doris Miller Memorial. So far, over $1.2 million has been raised, and fundraising efforts are ongoing to complete the vision for the project, which leaders hope to have dedicated, at least in part, on Memorial Day 2018.