This is the first in a series of stories we are publishing about our local community members and their response to this unprecedented time in our history.

If you have a story you’d like to share or know someone we should feature, please email jennifer@wacoan.com.

Shea Stanley is a Waco native who currently resides in Hong Kong where she raises her little ones and runs the successful parent advice blog, Little Steps Asia.

Months ago, as COVID-19 began to emerge and spread across the Asian continent, and now the world, Stanley and her family were affected as the children’s schools were shut down indefinitely. Sound familiar?

Stanley’s experience will give you a sneak peek at what our next few months could hold, including lifestyle changes we’re already experiencing, such as homeschooling and working remotely.

It was right around the end of January and Lunar New Year, a huge Chinese holiday celebrating the beginning of a new year on the traditional Chinese Calendar, that schools, businesses and the country as a whole began to lock down, Stanley explained. While they were completely safe in their little bubble, Stanley and her friends began to think of ways they could get out of Hong Kong to take a mini vacation and let everything settle. “Australia or Vietnam?” her friends thought.

Because it was Lunar New Year, there was so much movement. People were going to see grandparents and friends and everyone was out. Unfortunately, this is when the virus began to really spread. “We thought it was bad, but not that bad,” Stanley said.

With the memories of the 2002 SARS pandemic still being very raw, the Chinese people were quick to react by wearing masks, washing hands and using hand sanitizer. Everyone started taking precautions early on, Stanley said. 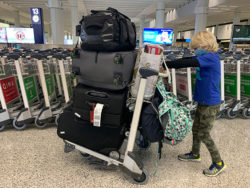 When it came to planning what was best for her own family, Stanley decided to take advantage of the break and head home to Texas to visit family and old friends. It also helped that flights to Texas were cheaper than those to Australia. The big school cancellations came after their arrival in the states, and school wasn’t set to resume until April 20.

Upon arrival in Texas, Stanley and her family paid visits to people and caught up on all things Waco, as it has dramatically changed since their last visit. But while also traveling and having fun, they had one major thing on their to-do list every day — homeschooling.

As school was cancelled, they were required to do lessons online in Google Classroom. “Most of my friends, including myself are not teachers. And so homeschooling is a big challenge,” Stanley said.

In one way, the major Hong Kong protests in the last year gave the Hong Kong school systems the advantage of testing out online programs before having to offer them long term this spring semester. Stanley’s children attend an international school that offers lessons through Google Classroom.

Stanley’s oldest Tatum (10) logs on and follows instructions on her own. She is very independent, Stanley said. If she struggles with a problem or assignment, she emails the teacher and then the teacher will email an explanation or send a video on how to solve the problem.

On the other hand, Stanley’s youngest Jase (8), follows a program that is more about establishing a routine. The teacher sends a blog with daily activities and Stanley sits with her son to follow a checklist that includes learning activities, breaks and play. They even have a virtual sports day where they wear their school shirt and do video activities, such as egg races that can be recorded and shared with the class to keep the community together.

Stanley also believes that we should look at this forced opportunity to gain insight on what our children are learning and how they learn. What better time to really get inside your child’s brain and see how they work best and where they’re at intellectually. You will be able to see on the daily what they struggle with, as well as what they are interested in and excel in, Stanley said.

In terms of Stanley’s work with Little Steps Asia, because it is a digital site, she is able to work remotely while communicating with her team across the world. They have had to adjust their content due to the circumstances because, as you can imagine, writing about the best parks and family restaurants isn’t exactly what people are looking for. Instead, they’re writing about more relevant topics such as “Explaining Coronavirus to Children” and “50 Resources to Supplement Homeschooling.” If you’d like to check out the site yourself, head to littlestepsasia.com. 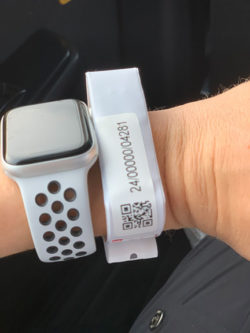 Due to the rise of the virus in the states, Stanley and her family headed back to Hong Kong the last week of March. While Stanley says it was not an ideal time to travel, that was the next window to get back to Hong Kong before they shut down more flights. While the borders of the city are closed, they are allowed in because of their Hong Kong citizenship which they earned from living in the city for at least seven years. Upon return, the Stanley family will be tested and given wristbands before being quarantined for 14 days and monitored by the government. The children are still being homeschooled and plan to continue doing so for the time being.