Perhaps, one of the most innovative service projects that has been put into action thus far has been by a group of local high school students, the Vanguard TECH Challenge Team. These students have managed to produce face shields for health care workers using their technological expertise and 3-D printers.

Vanguard junior and TECH Challenge Team, team captain Adrian Northcutt said after tech competitions for the remainder of the semester were cancelled, the team began looking for ways that they could help out. They decided to reach out to local hospitals to see what PPE they needed most, and that’s when the idea of face shields came into action.

The team met through Zoom to discuss the logistics of how to actually produce the shields and where they would collect their materials. It was decided that they would order the materials they didn’t have on hand, find and download a design online, and begin producing the shields using Northcutt’s personal Ender 3 3-D printer. 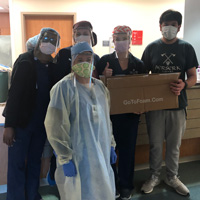 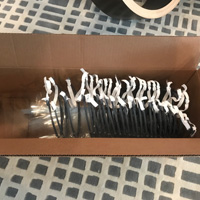 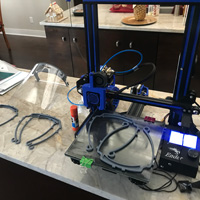 So far, the team has made over 70 masks and donated locally to Ascension Providence Hospital and Baylor Scott and White-Hillcrest Hospital, and nationally to Johns Hopkins Hospital in Maryland and Jamaica Medical Center in New York.

According to Northcutt, each mask takes about one hour to print, which would mean the team has already spent well over 70 hours on the projects. While all of the shields have been made at Northcutt’s family home, in the future the team hopes to use the printers at school to produce more.

Northcutt’s favorite moment of the project so far has been the making of the first shield a few weeks ago. “Once all of the materials came in and we were finally able to print the first shield, we realized we could actually mass produce this, and that’s been my favorite memory,” he said.

By delegating one person on the team to be in charge of managing distribution, they’ve put together an ongoing list of hospitals in need. The team is made up of five members, however, as of now, only three of the students, including Northcutt, are able to contribute to the actual production of the shields. However, that hasn’t stopped the remaining members from finding a way to participate.

“One way that everyone on the team helps out, even if they’re not in the production of it, is that they know people. Our mentors know people in the medical field and people on the team have friends or family friends who work in hospitals. So that’s how we’ve expanded our network,” Northcutt said.

And they’re not done yet, the team is constantly making a list of hospitals to donate to and hopes to produce more shields as the weeks go on. If you would like to support the Vanguard TECH Challenge Team with this endeavor, email zach_seifert@vanguard.org to donate.