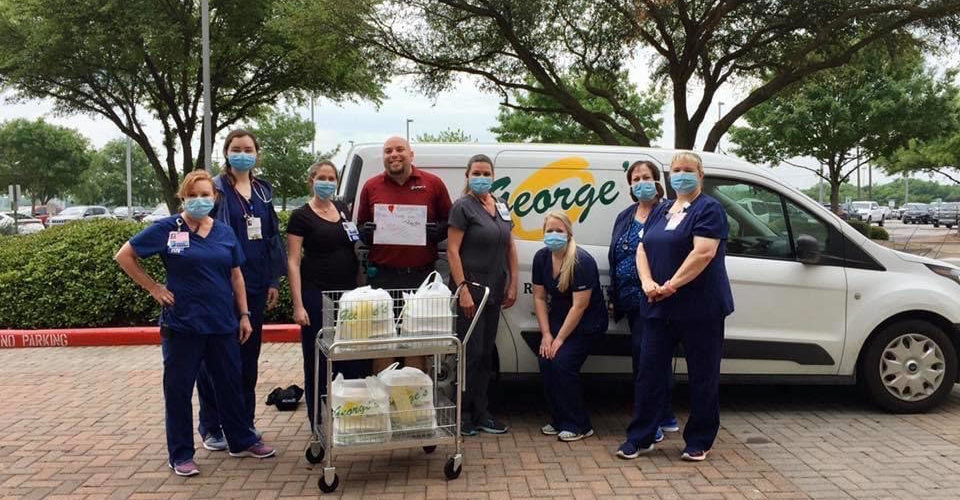 Two weeks ago, Common Grounds owner Blake Batson called up his buddy Kyle Citrano, managing partner of George’s Restaurant and Bar and president of the Waco Restaurant Association, to try and figure out a way that they could give back to the community during this time.

Batson came up with the idea for their new endeavor, Waco Delivers, after heading to Hillcrest Hospital to deliver some coffee and doughnuts that someone had called in for those working hard on the front line.

Waco Delivers helps the community in two ways. One, it sends warm food, drinks or whatever you’re ordering to those working hard to take care of others during this time. And two, it helps to support local restaurants and businesses by supplying them with customers.

How it works:
1. Reach out to the business/organization/individual that you want to send food to and verify any restrictions they have for receiving food.
2. Choose from the list of participating restaurants at wacodelivers.com.
3. Contact the restaurant directly and pay for your order. (Minimum of $25)
4. Let them know you are ordering for Waco Delivers and who you want it delivered to.

The pair found themselves in a hard spot as they discovered that Common Grounds, George’s and many other restaurants were being asked for donations, while they themselves were also dealing with having to let employees go and business being slower than ever.

The pair also had community members calling them up and asking how they could help but found themselves not knowing how to offer advice without encouraging them to leave their homes. So, along came the making of Waco Delivers, which essentially waves the delivery fee for those ordering for someone in need.

According to Citrano, the hardest part of the situation for George’s has been the customer service aspect, as they’re not getting to interact with customers in the same way anymore. “You’re so used to having people come in and giving them a handshake or pat on the back, thank them for coming in and taking extra special care of people. You just can’t do that with a mask and gloves on. It’s way less hospitable than it’s ever felt,” Citrano said.

So, while times are hard, if able, think about sending someone a warm meal through Waco Delivers and help to support local businesses during this time. Everyone is in need in some way today, and it’s the little things that make the difference.

Here is a list of currently participating restaurants. Be sure to check wacodelivers.com for updates.