Waco has a new mammoth exhibit in town — but this one’s a little less prehistoric.

The Mammoth Collective is a young, all-female group of Waco artists who just debuted their first gallery show at Cultivate 7twelve. The group was formed about three years ago after founder Julia Harmon and three other artists wanted to keep each other accountable “for keeping their art practices alive.” Harmon said the name sprouted from a desire to keep it local, and the Waco Mammoth National Monument is part of what makes Waco unique. Mammoths were also powerful creatures, so Harmon said it all just made sense to create a unique, powerful brand.

The group has now grown to eight women with works exploring themes like faith, femininity and vulnerability. 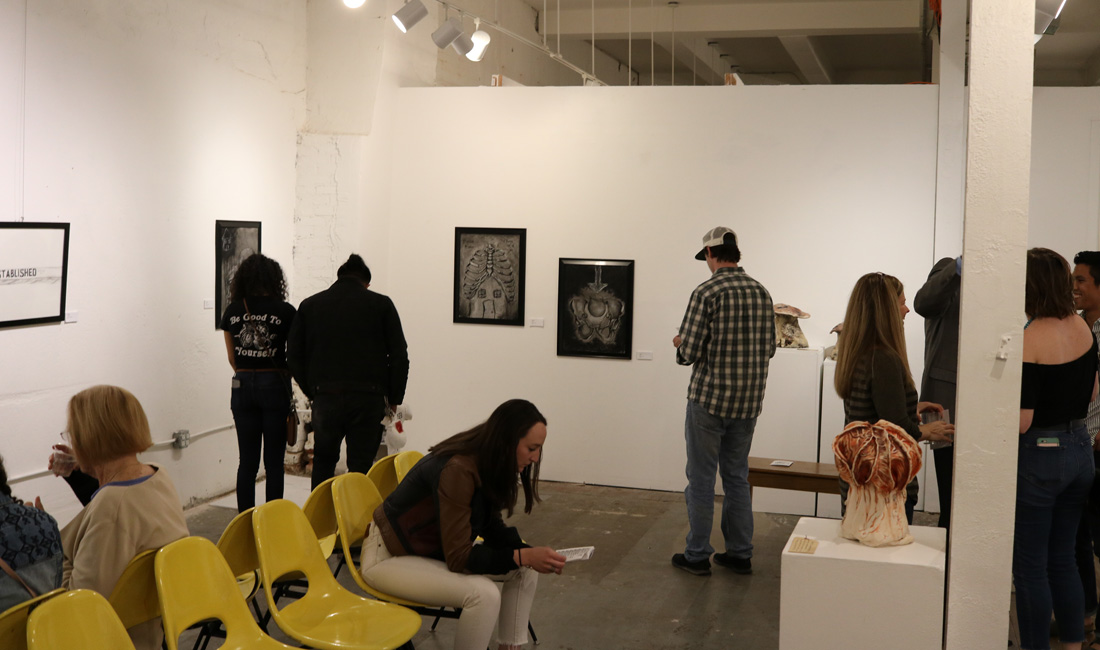 As far as creativity, Harmon said each artist has a completely different process. Mammoth Collective helps to harness that creative process and give the artists a place to actually showcase their work.

The exhibit has a variety of pieces without a unifying theme, which allows for individuality and complete creativity among members of the group.

A series of five tapestries by Rae Jefferson was the first thing that caught my eye. On each one was an original poem. Reading them one by one, I was moved as I realized how I could relate to each one. The words were beautifully put together. The tapestries are black-and-white, which allows the words to come alive and speak for themselves without distraction.

Another standout series was a collection of charcoal and ink pieces by Alice Fry that centered around the concept of homes and hearts. One piece reads, “I tried to make a home out of you,” and depicts a ribcage as the roof of a home. I stared at the piece for a few minutes, letting the impact and genius of that idea wash over me. It was powerful and visual. 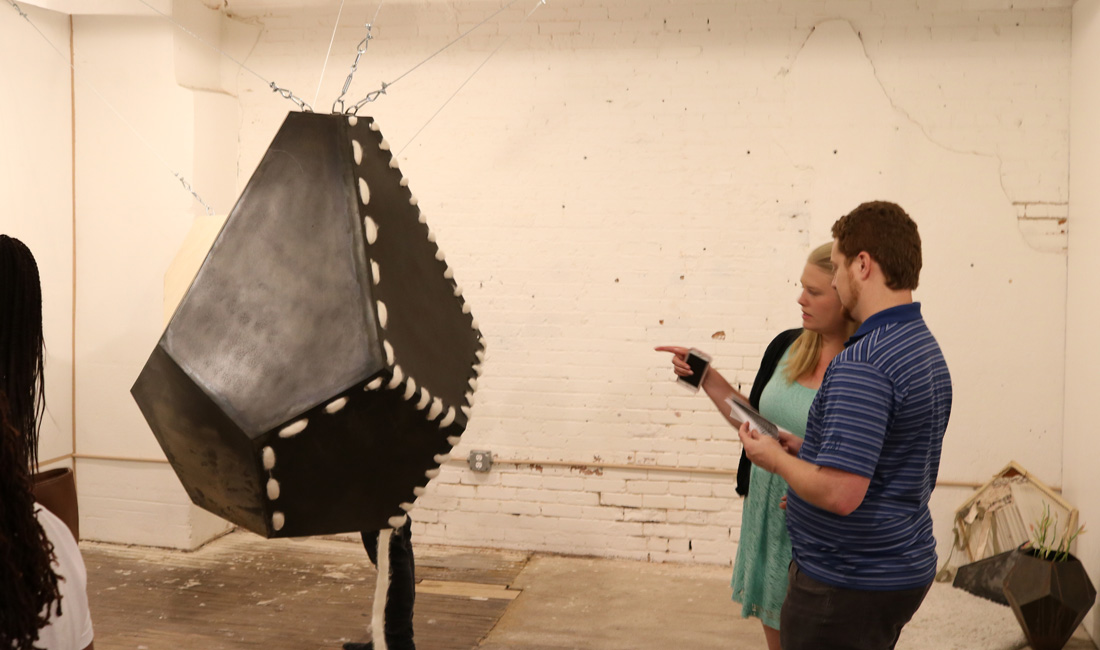 If I had walked in knowing nothing about the collection, I probably wouldn’t have known it was a collection at all. The beauty of this exhibit is that it allows women to express themselves within a group and yet encourages them to create whatever they’re passionate about. It all comes together as a testament to the value of each artist’s interests. I can’t wait to see what the future holds for this group of Waco artists!