At the TCMAs last night at the Carthage Texas Civic Center, Tucker was thrilled to take home Female Vocalist of the Year especially being up against tough competition from fellow nominees Bri Bagwell, Jessica Meuse, Morgan Ashley and Victoria Leigh.

In her acceptance speech, Tucker praised fellow nominees and all the women out there working hard in Texas music. She also thanked her team, her family, the TCMA Awards Association and God. She was especially grateful to her family who she said have put up with listening to her sing everything from karaoke to now standing on the stage performing her very own songs.

This morning, she reflected on her big win and what that means to her.

“My initial reaction was disbelief,” Tucker said. “Like I hadn’t really heard what I just heard (pinch me, haha), and then extreme gratitude. For me, this award means that the Texas country industry and fans are finally accepting me into the family. That’s how I was treated all night. Like a part of the group, and that’s a very special, warm and fuzzy feeling after all these years of hard work from me and my team.”

The 23 year-old has been singing for nearly 10 years now, and said the award is a major boost for her as a singer, artist and as a woman.

“I feel especially honored to take home the win as Female Vocalist of the Year because being a real singer is the skill I’ve been most passionate to hone ever since I was a little girl,” Tucker said.

“Trying to majorly break through as a female artist in this industry can be a challenge for several reasons. I don’t consider myself an extreme feminist, but I do believe that women have something very special to offer in the music world and it’s too often under-appreciated or even downplayed. I hope to be a representative for all female artists working hard to fulfill their dreams every day just like I am.” 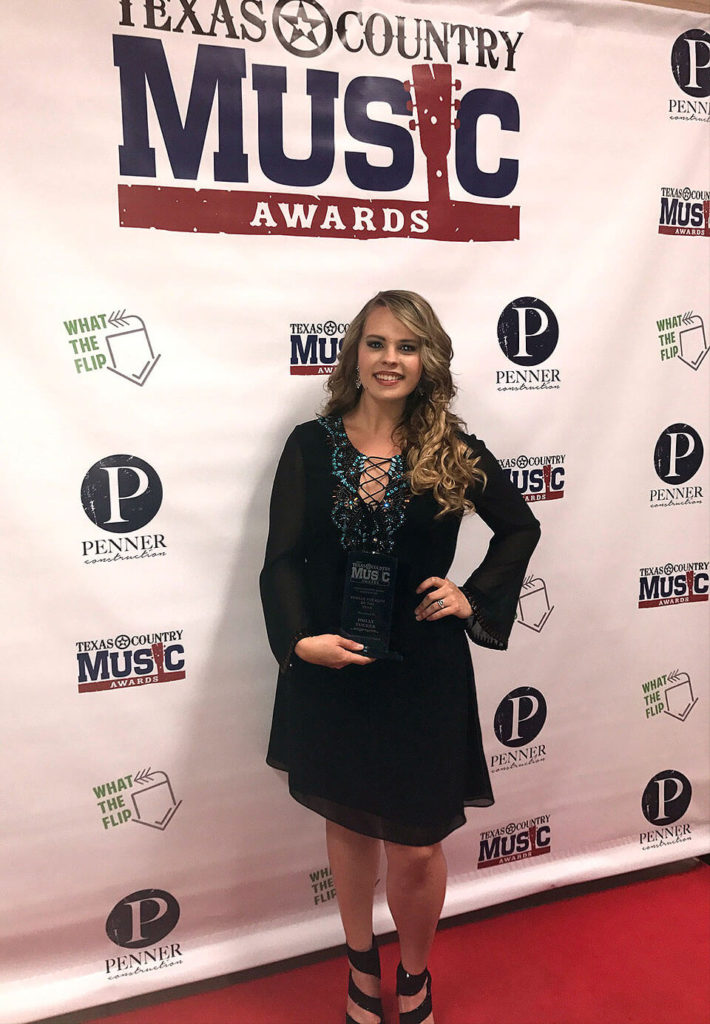 Besides taking home awards and making great music, Tucker has found a creative way to help fellow Texans affected by Hurricane Harvey. Tucker has a Martin guitar she will auction off in October with at least 20 signatures of Texas artists. Some of the bigger names include Koe Wetzel, Bri Bagwell, Ray Johnston and Parker McCollom. Tucker hopes to get signatures this weekend from Mark Chesnutt, who hosted the TCMAs Thursday, Doug Supernaw and Brandon Rhyder. All proceeds from the auction will benefit ongoing hurricane relief efforts. 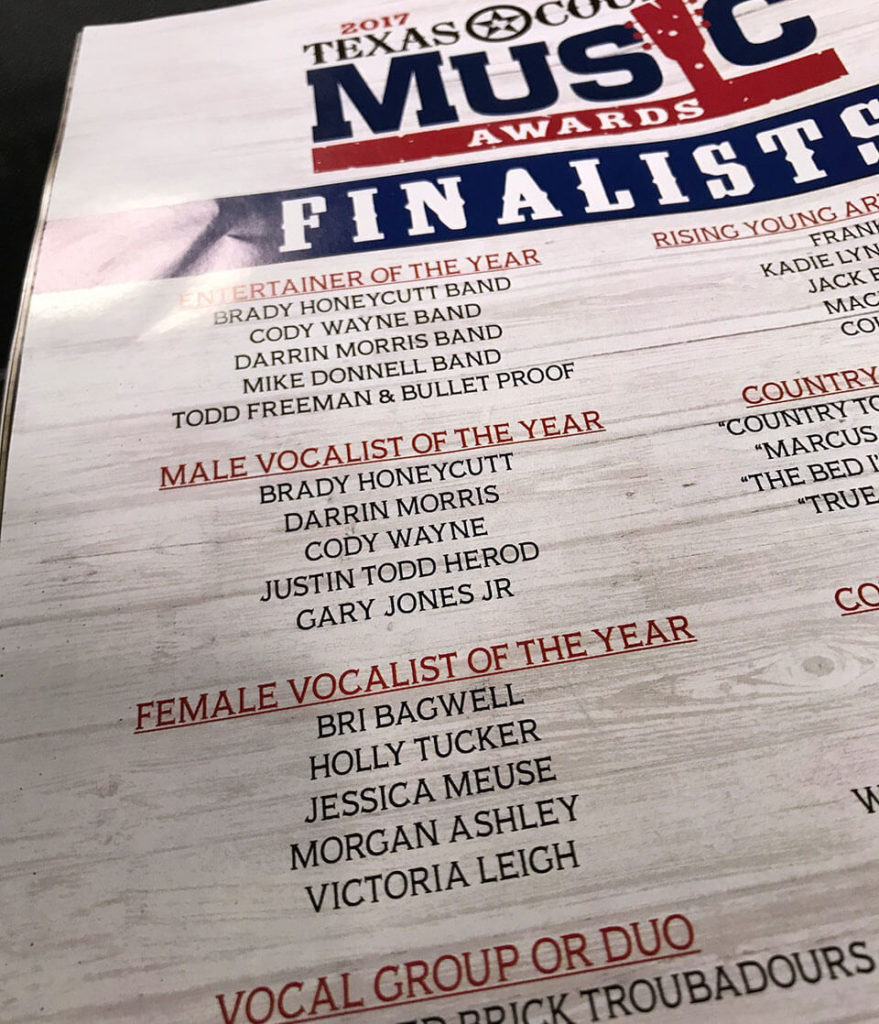 Tucker said she is just following her dreams and hoping for the best, and she feels blessed to do what she loves for a living. At times, she wonders if her career as a singer will pan out. However, she told me she is “keeping the faith and keeping going and persevering through all the struggles. It’s worth it in the end.” Good things seem to be in store for Tucker.

The remainder of this year through at least March, Tucker’s focus remains on finishing up her “Steel” tour. Her full schedule of upcoming shows in support of her latest album, “Steel,” has her headlining and some she opens for bigger names in the business.

When I spoke with Tucker, she had a message for her fans.

“If my fans need to know anything, it’s that new stuff is coming,” she said. “I just don’t know what form it will be in.”

She mentioned she has many new songs in her pocket that are ready to go for a new album. New music is forming, Tucker said.

We congratulate Tucker on her win last night and wish her the best of luck in the future. In the meantime, listen to Tucker at smarturl.it/DallasOnYourBoots or find her on social media at facebook.com/hollytuckermusic. Her website is hollytucker.com.