It was two days after Floyd’s death that I felt something spark. People were tired. People were angry. People wanted change. This time, it felt a little different.

Waco’s first peaceful protest was May 31, organized within 24 hours and had a turnout of over 300 people. Seeing the success, a second one was organized for the following week. From what amazed me the first time around, left me nearly speechless the second time. Not only were there more people, but it was organized for change, with booths to register to vote, petitions to sign and a platform to speak. 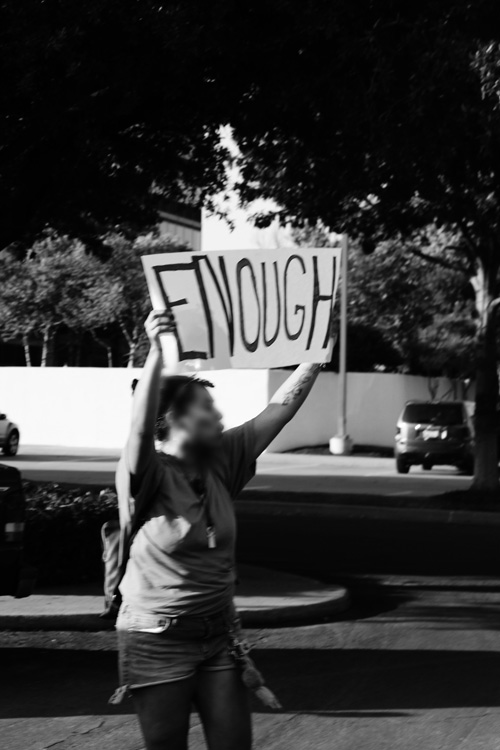 The most effective part of both demonstrations, though, was they were organized to tell the stories of our neighbors. Mothers read poems about fearing for their sons’ safety, young adults came up and spoke on racism they faced and pastors sang to the crowd. Waco’s protests were an exhibition of humanity, empathy and an opportunity to be heard and to listen.

When I came back to Texas this summer, there was one thing I prayed for on my flight — that these next few months were going to transform my thinking, my beliefs, my career and my growth. 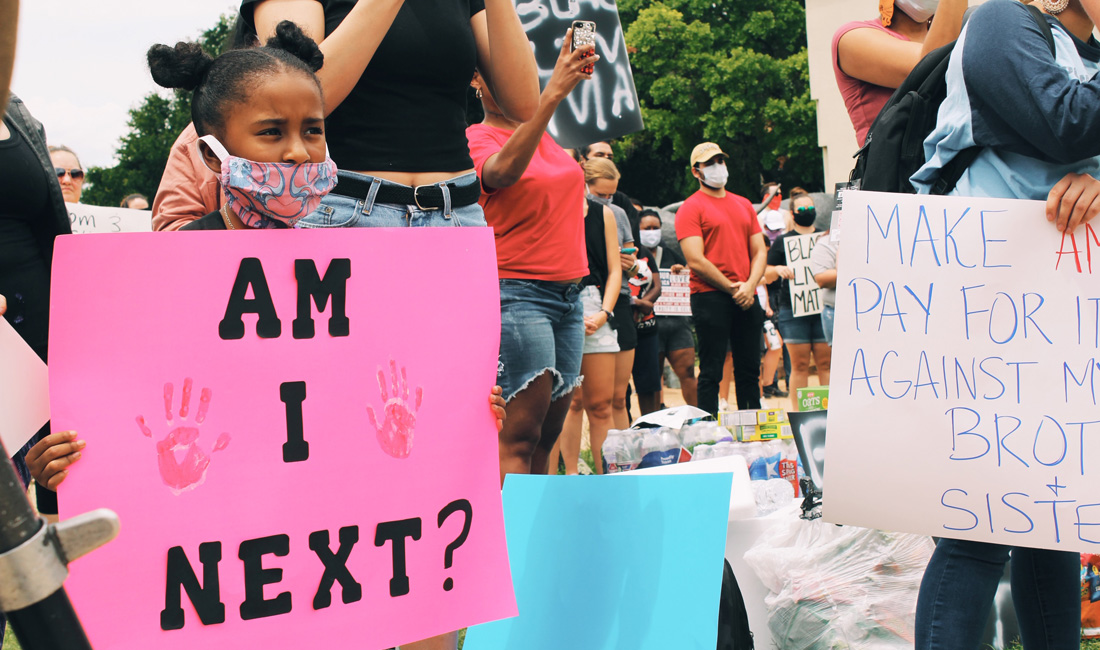 It began with the page Humans of New York, then continued with a Yemen school bus bombing on Aug. 9, 2018, then sparked again when I entered a new journey at a university that is nearly 64% predominantly Caucasian, according to Forbes. 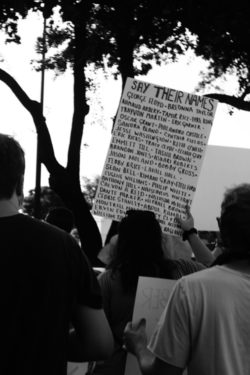 All of these instances for me, reinforced that there were millions of stories that we all experience and either empower and unite or separate and suppress, and I wanted to be on the side that makes us feel a little more human.

I was watching the protests and riots all over the country and being a young journalist, I knew if there was one thing I needed to be a part of this summer, it was covering the history I was living through.

When one of my friends spoke on the platform and returned back to me, we had at least five people approach him and not only explain how he’s not alone, but gave him their phone numbers and offered to lend a hand so he knows he’s safe here.

The protest was organized for volunteer speakers from 4 to 6:30 p.m. at the Suspension Bridge. And afterwards, attendees marched from the bridge to Austin Avenue, where protesters stopped and took a knee for eight minutes in silence. It rerouted back to the Suspension Bridge where a giant circle opened up chanting: 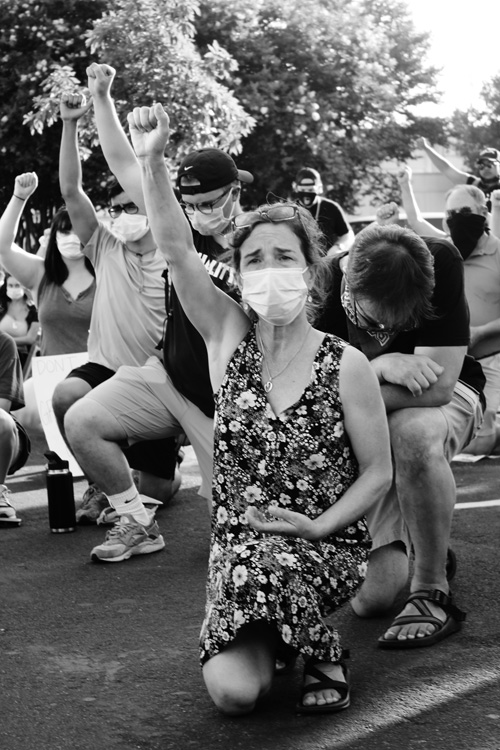 “No Peace!”
And the one call-and-response chant that gave me chills and still makes my heart sink when I think of it.

Let me say one thing about this protest: I have never seen a greater love and appreciation for strangers and for a city. I say this as someone from a hometown I was excited to leave and came to a place people are proud to call home. The amount of people volunteering cold water, fanning one another and embracing one another after they spoke, reminded me what it was like to be human and what that connection can change.

Waco did this right. It emphasized what people have been hurt and angry about — being overlooked and ignored. It was an opportunity to be heard, as well as an opportunity for those willing to listen.