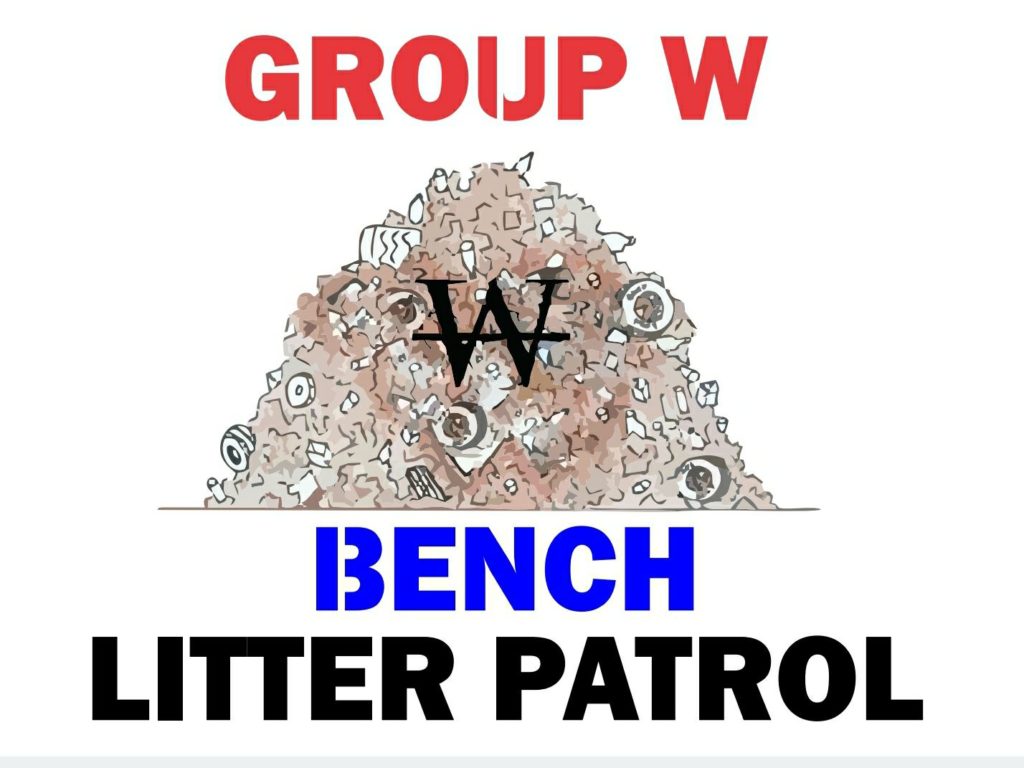 Texas may have one of the best-known slogans around to encourage its people to clean up their trash—who hasn’t heard “Don’t mess with Texas”? However, as anyone who lives here in the Waco area is probably aware, trash all too often ends up anywhere but the trash can. Busy streets, quiet neighborhoods and public parks alike bear signs of littering with fast food wrappers, empty plastic bottles, cigarette butts (always cigarette butts) and even sometimes larger items like mattresses. Does Waco have a trash problem? One Wacoan, Bruce Huff, would answer with a definitive “yes.”

Huff founded Group W Bench, a movement to reduce littering in Waco and beyond. The concerned citizens behind this movement pick up trash around Waco and have a mission, Huff said, to “try to change people’s habits.” The group had its first organized cleanup effort last year on the Saturday after Thanksgiving. This year, they will meet up again Saturday, Nov. 25 from 12-3 p.m. on Bagby at King’s Crossing.

The day was chosen as an homage to the group’s name, which comes from an Arlo Guthrie song played every Thanksgiving Day, “Alice’s Restaurant Massacree.” In the song, Guthrie is arrested for littering on Thanksgiving Day and later is unable to enlist in the military during the Vietnam War because of the arrest record. During the enlistment process, he was instructed to sit on the group W bench with other people in similar such situations with arrest records and what appeared to be a variety of psychological issues. (Huff even requested and received Guthrie’s personal permission to use the reference as his group’s name.)

The motivation to keep Waco clean is magnified by the growth and development the city is experiencing. For Huff, the beautiful new buildings just won’t make as much of a difference if the streets they’re built on are filled with trash. His first goal in creating the Group W Bench is to clean up the neighborhoods so that those who live there can be proud of them. If they are clean, he said he is confident that people will make more of an effort to keep them that way.

However, Huff also knows that the helping hands of volunteers is only part of the solution to the trash problem in Waco. Huff played a major role in the new Texas law that allow judges to assign up to 60 hours of community service to someone convicted of littering. Texas State Representative Doc Anderson met with Huff last year and later introduced House Bill 1884 to the state legislature. Huff was called to testify to the criminal jurisprudence committee this past summer, and the bill ended up passing the Texas House by a vote of 135-5 and the Texas Senate 40-0 and became law effective September 1. Huff also communicates with the members of the Waco city council about the littering issue on a regular basis, and said he was pleased to learn that the council increased the budget for cleanup efforts recently.

When I asked Huff about why he believes the trash problem has become so widespread, he called the question “loaded” and responded with what is perhaps an equally heavy answer: “Society has let down their guard,” he said. “With so many disposable items simply handed to them, people lose sight of what waste does to the environment and to their overall sense of pride in their community.”

In an attempt to reverse this trend, Huff continues to work with members of the city council and local legislators towards the goal of a citywide single-use plastic bag ban (similar to the one that is already in place in Austin). He and the members of the Group W Bench have joined forces with others including the Army Corps of Engineers and the Baylor Sustainability Initiative to host cleanups throughout the city. He will continue to schedule cleanups as the weather gets cooler, he says, to reach his goal for the year of picking up 50,000 pounds of litter.

To learn more about the Group W Bench visit their Facebook group, “Group W Bench Litter Patrol.” You can also join them on Saturday, Nov. 25 from 12-3 p.m. on Bagby at King’s Crossing to pick up trash in the area.