Sami Brown made the most of her winter break from Abilene Christian University. The Midway High School graduate played a dozen or so gigs in Waco during her time between semesters, and also found time to take a short, intense class covering religion and culture. Brown is a sophomore business management major with a pre-law minor. She also is a member of the ACU varsity soccer team, which competes in the Western Athletic Conference.

Brown started playing guitar when she was 10. She and her dad, Sam Brown, took lessons from Pat McKee. “My dad wanted something just for us to be able to share,” she said.

“I loved, loved, loved learning,” Brown said, even though there were times when she hit a plateau and didn’t see any progress for a while. Then a breakthrough would occur, and she would begin to see progress again. She took part in talent shows during middle and high school at Midway, and then had an opportunity to play at a house showing in Moody.

“I got together a playlist of two or three hours’ worth of music, and after that, once I had the tools to do it, I just went for it and started doing gigs,” she said.

Her repertoire includes covers of songs by the Eagles, Journey, Fleetwood Mac, Patsy Cline, Zac Brown Band and Eva Cassidy. When she’s in town, Brown has played gigs at Slow Rise Pizza House, Southern Roots Brewing Co., Blue Dog Wine & Martini Bar and Z’s at the Curry. She wrapped up 2021 by playing at the Fuzzy Friends’ Barkin’ Ball at the BASE at Extraco Events Center.

Still, her most preferred gig is playing in “big church” at First Woodway Baptist Church.

“It’s my favorite,” she said. “I believe very strongly that God will gift people, and it’s to be used for his kingdom, because the things that we’re capable of, not that we can’t work hard to develop them, but we didn’t do anything to have those gifts. If it’s God-given, it should be God-dedicated.”

Brown said she’s pretty open to where her music career might take her.

“It’s one of my biggest passions,” she said. “But right now, I’m focused just on getting my degree and my postgraduate degree. So whatever happens with it in the process is good. And whatever opportunities are there and I can find, I’ll definitely pursue them. I’ll probably just continue on this path and keep playing gigs and writing music and see what becomes of it, alongside doing school at the same time.”

When American Idol made a stop in Waco in 2019, Brown applied, sort of on a whim. In the first round, she sang snippets of three songs: Me and Bobby McGee, Landslide and Killing Me Softly.

“And then after that, I got the yellow piece of paper, and I really had no idea what that meant,” Brown said, “so they just told me, ‘You’re moving on. Get in line with these other people with the yellow paper.’” 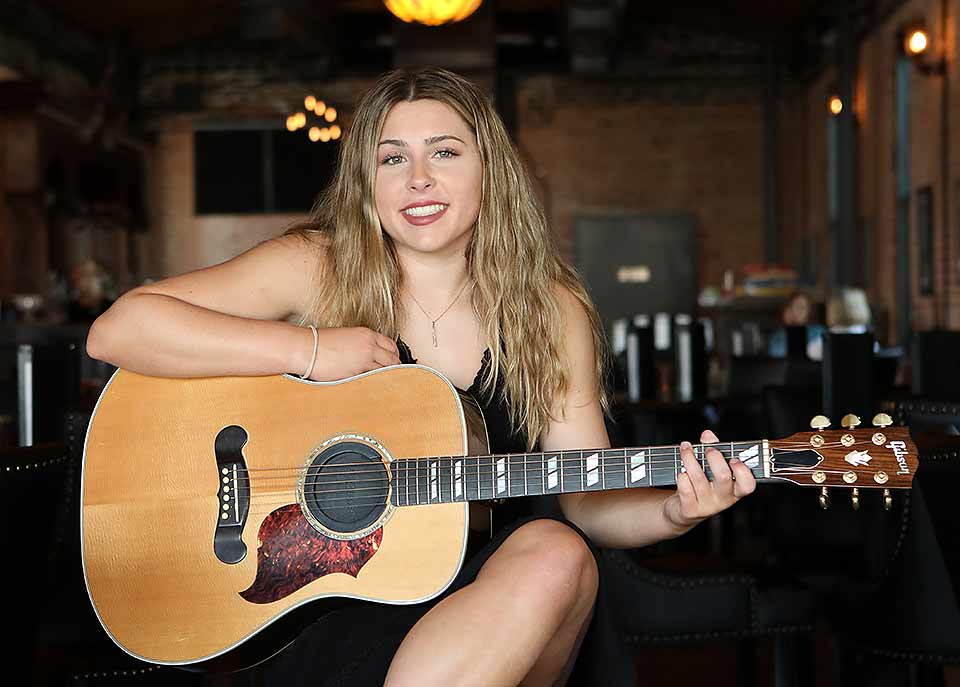 From there, Brown sang for another judge, passed that audition and then made it to the camera room, “where they basically figured out your whole life story,” she said.

She advanced and then took part in a Skype call with producers, but her Idol experience ended there.

“I didn’t go on any further, but it was so cool, because it was just such a last-minute thing,” Brown said.