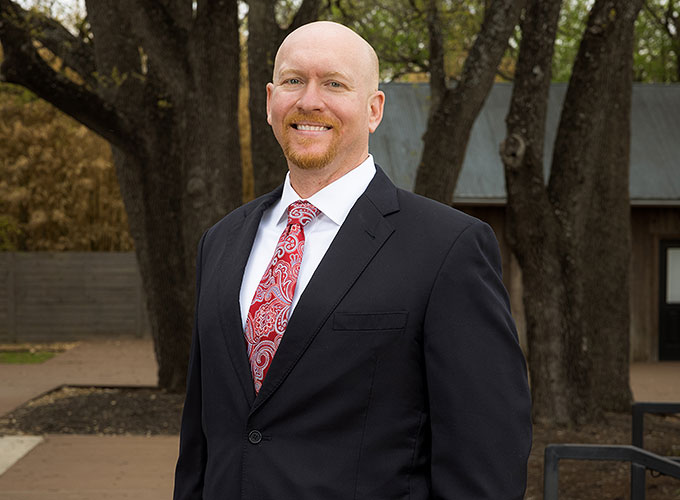 The lawyers at The Carlson Law Firm Waco office have been putting their heart and soul into helping Wacoans for over 20 years. Our Waco personal injury lawyers, Dominic Braus and Ryan Luna, and bankruptcy attorney, Vicki Carlson, are part of our state-wide team of over 40 attorneys. The injury attorneys at our Waco location have recovered millions in compensation on behalf of injured victims and families who have suffered losses. Additionally, our Waco bankruptcy lawyer has helped many local individuals and families find solid footing after struggling with debt.
Dominic Braus, Partner at The Carlson Law Firm and Best of Waco winner, attended Texas A&M University and received a B.S. in agricultural business. While studying at A&M, Dominic was severely injured during the 1999 Aggie bonfire collapse and the course of his life was altered. Having to participate in the litigation process for more than 15 years following that tragedy, Dominic decided to dedicate his life to helping others who were catastrophically injured due to someone else’s negligence. Dominic is a proud graduate of the Baylor University School of Law.