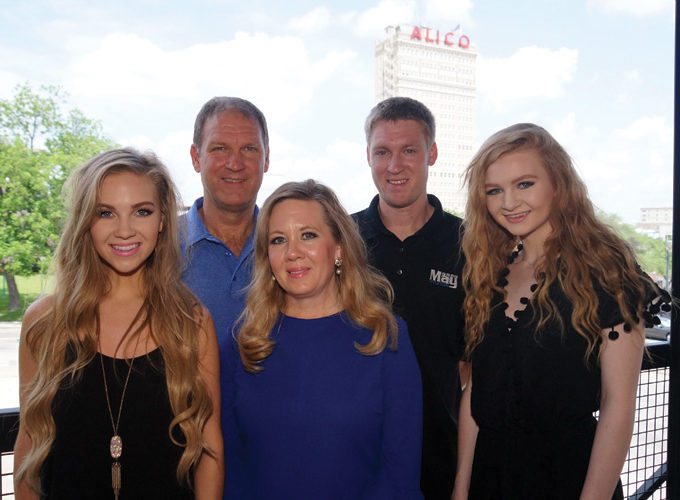 Greg and Suzanna May have owned Greg May Honda in Waco since 1995. They look forward to a big year in 2020 as they celebrate the 25th anniversary of the Honda dealership. In the car business for 29 years, Greg added Greg May Hyundai in 2015 and it just celebrated its five-year anniversary. In 2018, they branched out beyond the car business and brought a new boutique and new bar to downtown Waco. Greg and Suzanna have three children — Sam, Savannah and Sydney. Their son, Sam, graduated from Baylor in December 2017, and began working at Greg May Hyundai as the service manager to fill an immediate need. He plans to attend dealer academy and follow in his dad’s footsteps. The family entrepreneurial spirit continues with their daughter, Savannah, who realized her dream of owning a boutique in Waco. Pretty in Pink Flamingo Boutique will celebrate its second-year anniversary in August. Their youngest daughter, Sydney, is a talented photographer. Having just graduated from high school, she does the photography for Savannah’s online store and portrait photography for others. It was while helping Savannah find the location for her boutique that inspiration for their next venture struck. In November 2017, they stumbled upon the old Curry Office Supply building at 611 Washington, fell in love and purchased it. With more space than needed for the boutique, they decided it would be fun to put a full bar with an upscale theme and atmosphere on the second floor. Greg came up with the name — Z’s at the Curry. It’s a play on “Zanna,” his nickname for his wife and a reference to the history of the building. Greg and Suzanna are extremely excited with how everyone loves Z’s. It was voted best new bar in 2019 in the Best of Waco survey.