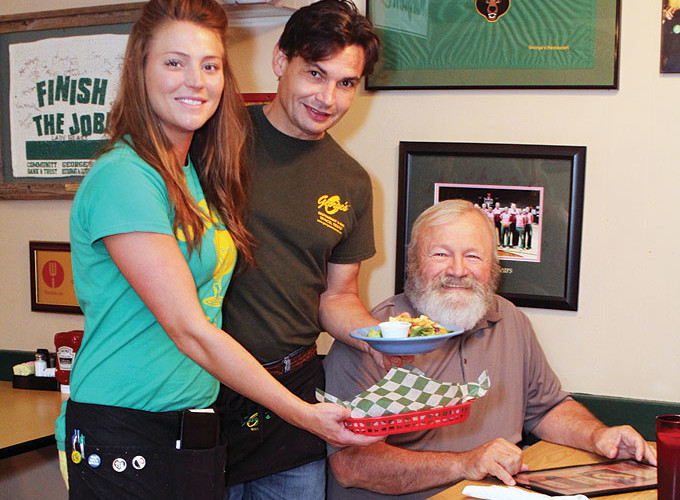 George’s Restaurant, Bar & Catering serves up tradition and nostalgia with every meal. Known for its delicious food and gracious hospitality, George’s treats customers like family. George’s eclectic menu is consistently selected by Waco diners as No. 1 for its Chicken Fried Steak. Crazy Wings, Big Os, Burgers, Seafood and Tex-Mex dishes that have made George’s a favorite of celebrities, travelers and locals. Longtime and new customers alike enjoy excellent service and great cuisine at the original George’s on Speight Avenue and the second location on Hewitt Drive. As the largest caterer in Waco, George’s makes any occasion memorable with selections from its specialty menu that includes carving stations and gourmet desserts. It’s what George’s is known for! Come see for yourself!