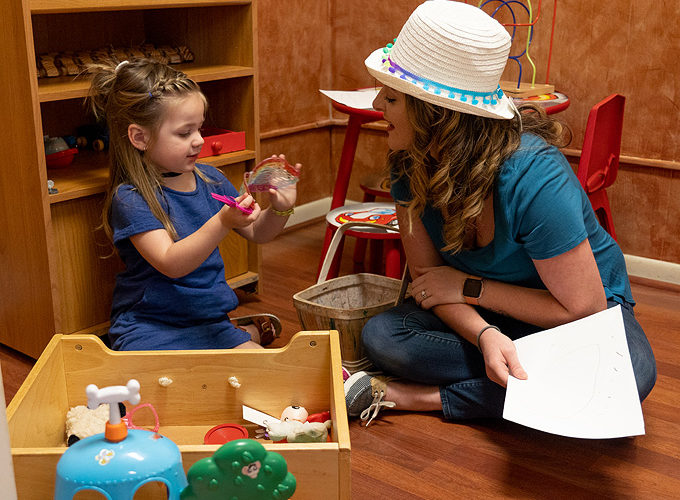 Helping Those Who Help Others

Charity Champions started as a way for TFNB Your Bank For Life to give back to the community after 125 years of support. Every year, TFNB selects six nonprofits as Charity Champions. Champions receive a full marketing awareness campaign, leadership training and an intern team at no cost. The marketing campaign spreads awareness of the Champions in the Central Texas community. It starts with a media tour including appearances on KWTX and an interview with Voice of the Bears, John Morris on ESPN Radio. Champions then receive on-field/court presentations at Baylor football and basketball games. They also appear on episodes of the Charity Champions podcast. “Ever since we got involved with Charity Champions, we have received all kinds of support,” said Julie Potts, Board Secretary of No Limitations. “Many calls and people wanting to contribute and volunteer. It has grown our volunteer base.” No Limitations helps people with physical and developmental challenges take part in team sports and social activities. Starting in January each year, 360 Solutions provides world-class leadership development training. These trainings are open to all Champions, past and present. James Jarmon, Executive Director of the Boys and Girls Club, has brought his team to the sessions for the past three years. “The lessons and the workshops are invaluable,” Jarmon said. “We were in chaos, now we are in stability, and we will continue to get better and better.” The intern team helps gives Champions a fresh perspective and additional capacity. Executive Director of Keep Waco Beautiful, Ashley Crownover, experienced firsthand the benefit of having the interns. “I love the exposure, but the fact we got two interns is amazing” Crownover said. “We are a small staff of one and half employees. The value of having those young interns and what they bring with fresh ideas and fresh new looks is awesome.” In six years, TFNB has recognized 36 nonprofits as Charity Champions. The community nominates nonprofits and then the TFNB staff chooses the recipients. Charity Champions is currently looking for new nonprofits to recognize for next season. Nominate your favorite charity at charitychampions.org/nominate.