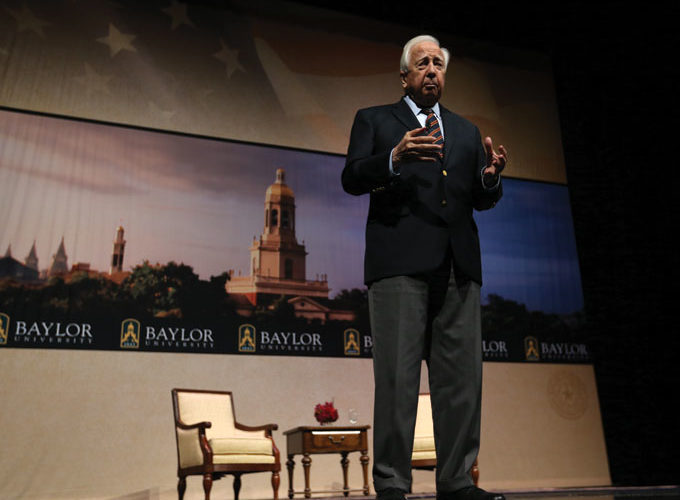 The Beall-Russell Lectures in the Humanities, presented by Baylor University’s College of Arts and Sciences, were established in 1982 with a gift from Virginia B. Ball of Muncie, Ind. She named the lecture series in honor of her mother, Mrs. John A. Beall, and Lily Russell, former dean of women at Baylor, both Baylor alumnae of the Class of 1910. Mrs. Ball died in 2005, but her legacy continues through the ongoing generosity of the Ball family, whose gifts benefit both the University and the greater Waco community by providing opportunities to hear lecturers renowned in the humanities. Past lecturers have included poet Maya Angelou, journalist Bill Moyers and two-time Pulitzer Prize winner David McCullough. Visit the full list online at www.baylor.edu/beall-russell. This year’s lecture features Pulitzer Prize winner and National Humanities Medalist Isabel Wilkerson, author of The New York Times bestseller, “The Warmth of Other Suns,” and winner of the National Book Critics Circle Award for Nonfiction. “The Warmth of Other Suns” tells the true story of three people among the six million who made the decision of their lives during the Great Migration, a watershed in American history. Wilkerson spent 15 years working on the book, interviewing more than 1,200 people to tell what she calls, “one of the greatest underreported stories of the 20th Century.” In addition to the National Book Critics Circle Award, the book won the Heartland Prize for Nonfiction, the Anisfield-Wolf Award for Nonfiction, the Lynton History Prize from Harvard and Columbia universities, and the Stephen Ambrose Oral History Prize and was shortlisted for both the Pen-Galbraith Literary Award and the Dayton Literary Peace Prize. The lecture is free and open to the public on Monday, September 25, at 3:30 p.m. in the Blume Conference Center, fifth floor of the Cashion Academic Center at Baylor.

Beall-Russell Lectures in the Humanities