Whitney and Bill Walker spent seven months — longer than they expected — renovating and designing their dream home in Castle Heights. They lived there a few months … then moved.

“It was really, really hard to leave that house, honestly,” Whitney said in a telephone interview from her current house in Austin. “It was a labor of love, and we did it top to bottom. I’ve been doing design work for other people for years now, and it was my first house to get to do for myself. So it was like my baby in a way. And I’d brought home one of my babies in it. So it was like two babies in one calendar year.”

An unexpected job opening for Bill in Austin drew the family from Waco.

“A position came available at a church, a very special church in Austin that’s mission just felt like it had been written specifically for him,” Whitney said.

Bill is now director of vocation at Christ Church in Austin and will also teach an undergraduate Christian ethics in business class in the Hankamer School of Business at Baylor during the fall semester. 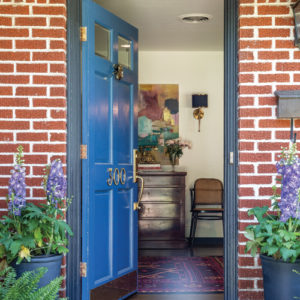 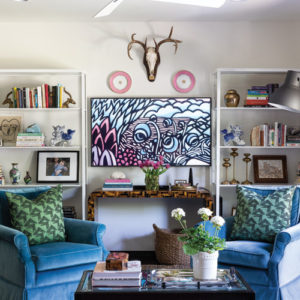 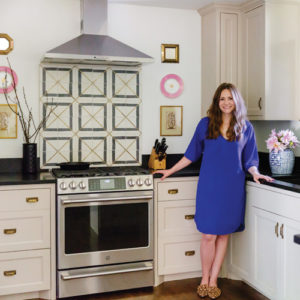 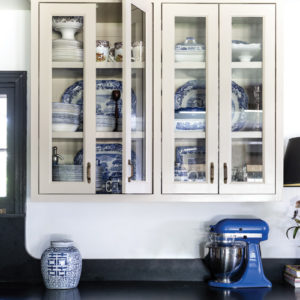 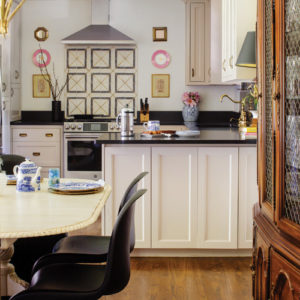 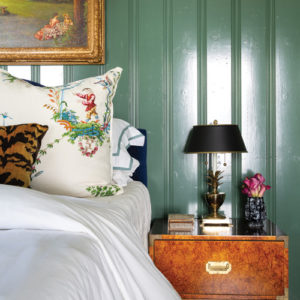 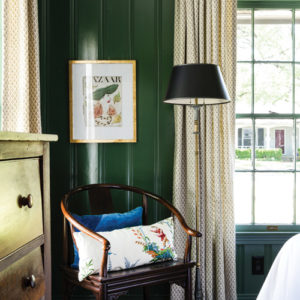 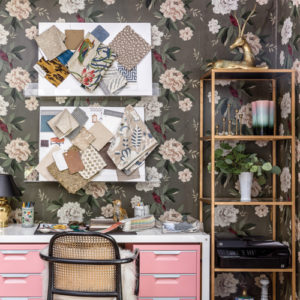 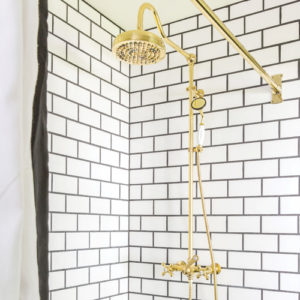 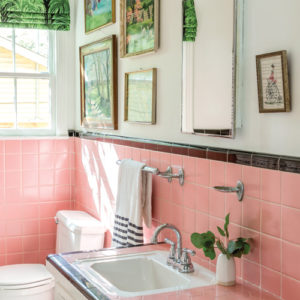 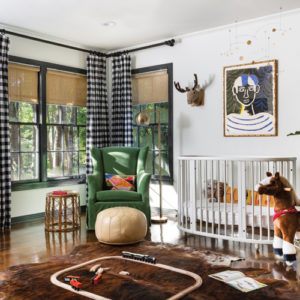 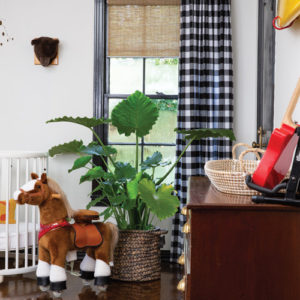 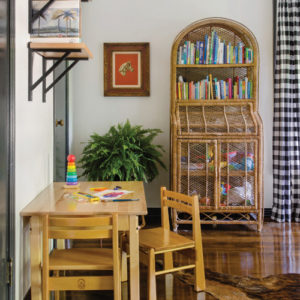 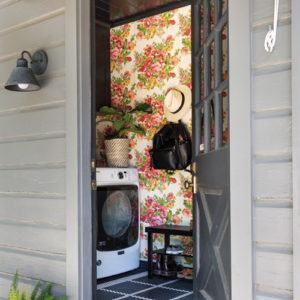 In Austin, Whitney will continue to run her interior design business, Farrington Lane, which she started when she and Bill lived in Charleston, South Carolina. She began working in design when they lived in Los Angeles. As Bill pursued his Ph.D. in theology at Claremont Graduate University, Whitney worked for One Kings Lane, an interiors retailer. They both graduated from Baylor University.

When Whitney and Bill returned to Waco, they lived in a condo near the Baylor campus while they renovated the Castle Heights house, a traditional midcentury.

“I love its traditional bones,” Whitney said of the house. “And the location. We love that area. We liked being close to downtown, the walkability of the neighborhood. I love older homes. I love original hardwood floors, original wood windows.”

And the house, which was built in the 1950s, needed enough work that Whitney “could put my stamp on it,” she said.

“I wanted something to fix up, and it was definitely a fixer-upper.”

And then Whitney and her team got to work.

“We totally floated the walls,” she said. “I took all the texture off and did smooth mud on the walls. We refinished the floors. There was a wall dividing the living room and kitchen and dining area, and we took most of it down. We wanted to keep the division between the entryway and the kitchen. I think it fit the integrity of the house. And ultimately, I’m super glad we didn’t [take it down]. I just really love having an entry moment, a sort of introduction. And we put my favorite piece of art right there on the wall across from the front door.”

The piece of art is a painting called “Happy Home,” by Charleston artist Raven Roxanne.

“It’s the first piece of original art we bought together,” Whitney said. “It has all my favorite colors in it, and there are two pencil-sketched birds in this little blue section. We bought it for our seventh anniversary, and I just kind of had a feeling that might be our last anniversary for just the two of us because we were hoping to start a family, and those two little birds in that splatter of color represents the two of us after seven years.”

The hardwood floor in the kitchen and dining room weren’t salvageable, so those were replaced with new red oak and refinished to match the remaining floors. But Whitney didn’t stop there.

“I carried the hardwood into our master bathroom,” she said. “After spending time in Charleston in these old historic homes and seeing the wide pine floors everywhere, carried through the bathrooms to the kitchens, with marine-grade lacquers and sealed over and over and over, I just love the warmth of it. And I just thought, you know what, wood’s been used for hundreds of years. We’ve gotten into this mindset that every material must be indestructible basically. And I wanted it to live into my appreciation for patina and warmth and tradition. And so I put it in there, and I don’t regret it.”

As workers were removing paneling in the living room, they discovered wallpaper that had originally covered the walls, and it had been surprisingly well-preserved.

She then had the workers go about removing the wallpaper without damaging it, but she didn’t really give them much guidance on how to actually go about the task.

“I had my team remove it from the living room walls and relocate it to the laundry room,” she said. “And Joe Miller, a very patient, sweet wallpaper man, said, ‘This is the weirdest job I’ve ever had someone request me to do. You want me to rehang this crumbling, ridiculously old wallpaper? Are you sure?’ I said, ‘Yes, I’m sure. Please do this. I have faith in you. You can do it. Godspeed.’ And I didn’t have any words of advice. Have I done this before? No, I’ve never done before. Please just make it happen. I love it. I can’t live without it.”

Joe and his team made it work, as the paper simply peeled off the wall, and Whitney was able to repurpose the bright floral paper in the laundry room.

The laundry room — which was also added in the renovation — contains custom penny tile on the floor, and a new entrance from the house to the backyard.

“The only access to the backyard was my son’s room, which is not really ideal, to walk through a bedroom to get to your back door,” Whitney said.

Whitney and Bill also added cabinets in the kitchen and a new master bathroom. The Walkers moved into the house in March 2018 and then relocated to Austin in May of this year.

“I miss the proximity to some of the people I love the most,” Whitney said. “It’s hard to pick one thing I miss most about the house. I think maybe the character and the richness. It doesn’t get a ton of natural light. So I kind of leaned into that and went with a richer palette, like warmer kitchen with the dark countertop.”

The Walkers sold the home to Bill’s cousin Becca Jahnke — a student at the Baylor Law School — and her husband Kyle, half of the singing duo Penny and Sparrow.

Whitney and Bill, who are both Austin natives, and their two sons — 2 1/2-year-old Liam and 9-month-old Roy — now live in a 1970s modern house in Austin, a place with “a ton of natural light,” Whitney said. “It’s white and bright and crisp and beautiful,” she said. “And I like it, but I can also appreciate a warm, moody space.”