HGritty and tough as nails, Beth Dutton, the ruthless businesswoman and daughter of rancher John Dutton in Paramount Network’s “Yellowstone” has a softer side — her wardrobe. Her long, floral-print dresses and boots — and an occasional cowboy hat — have inspired the popularity of a Western chic style that has been dubbed “the Yellowstone look.”

“Beth’s style has influenced designers from everywhere indeed, extending from Europe to mass retailers,” said Johnetta Boone, costume designer for “Yellowstone” who is based in Washington D.C. “It’s incredible how her style has found its way to women of many diverse backgrounds. Women are using the opportunity to courageously pair western elements in their city life.”

“Some signature components of her costumes,” Boone said, “are the vintage-style mini florals in the farm dresses paired with the power play of structured jackets and heeled ankle booties.”

Waco isn’t as far from Montana as you might think, at least as far as the show goes. “Yellowstone” creator and writer Taylor Sheridan grew up ranching just outside of Waco in Cranfills Gap. In fact, you might even know his cousin — Sheriff Parnell McNamara.

With Season five set to start November 13 on the Paramount Network, we tip our hat to Beth’s unique style with an editorial shoot featuring local fashion influencers Betsy Daniels and Kate Jones of @theclosetstyle. They collaborated with local shops and boutiques to create a look that any woman can achieve, even by simply adding a few accessories.

“Beth wears a lot of maxi dresses and long skirts, so we wanted to focus on that,” Daniels said. “And I think those are trendier than ever right now, especially with the Western look.” 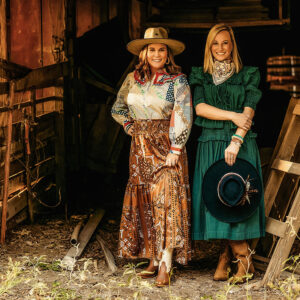 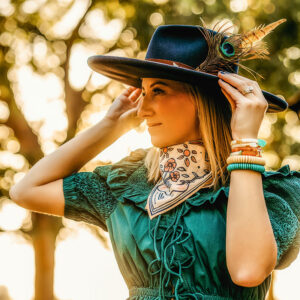 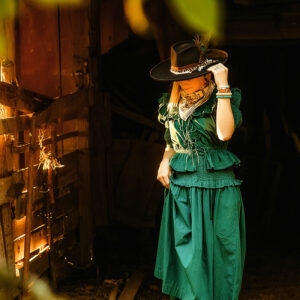 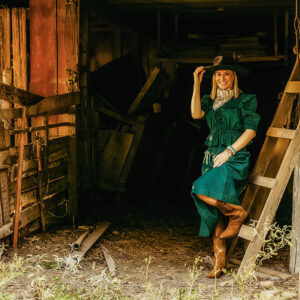 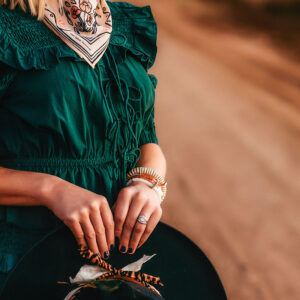 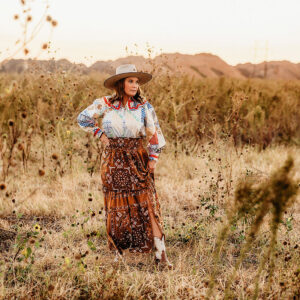 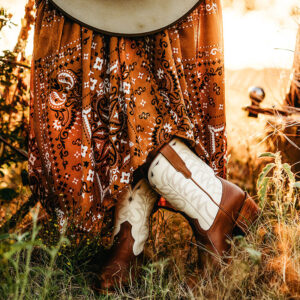 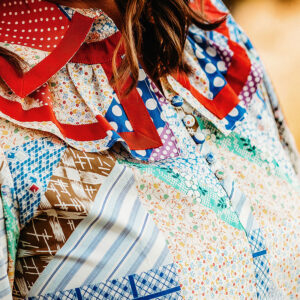 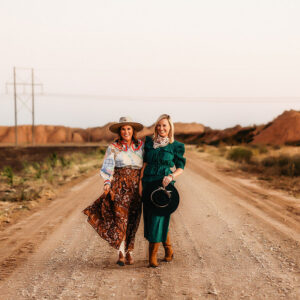 Jones donned a blue blouse and shirt set by SEA from Prefontaine. She wore it with a bandana by Ramble & Co., a pair of brown “Annie” boots by Austin-based Tecovas and a black felt hat by Standard Hat Works of Waco.

“Any time you add a bandana or boots, no matter the outfit, it just takes it to that Western look,” Daniels said. “Someone can put on an outfit that they have in their closet that may not be seen as Western and get the look just by adding the bandana and boots. The average, everyday person might not walk into Prefontaine looking for something to wear with cowboy boots, but you add them, and the look is immediately transformed.”

Jones’ earrings are by Kori Green, designer and wife of Country music singer Pat Green, and are available at Lane’s.

Daniels’ bandana-print skirt is by Kylie Page and available at SCOUT in Sironia. She paired it with a patchwork blouse by Hunter Bell from Prefontaine and the two-toned “Jolene” boots by Tecovas. Her off-white felt hat is by Standard Hat Works and her earrings are by Katy Girl Goods.

“I’ve worn cowboy boots my whole life and Tecovas are the best quality for the best price,” Daniels said of the brand that opened a location at 729 Washington Ave. last year. “They’re just great cowboy boots because they are cute and functional. I really love the shorter ones for women that they’re making now.”

Cameron Morris, owner of Standard Hat Works, which has been in business since 1909, said that since “Yellowstone” first aired in 2018, he’s seen women’s hat sales increase exponentially.

“It’s been insane,” Morris said. “The women’s market went from probably being about one or two percent of our sales to being almost 50 percent.”

Morris said all his hats are handmade in Waco and 100 percent made in the United States.

“They’re all styled individually,” he said. “We try to keep in stock a lot of the more popular colors, like black and silver belly and natural, along with a few other colors in as many sizes as we can.”

George Strait, Clint Black, Garth Brooks and Neal McCoy are just a few of the Country music legends who own custom hats from Standard Hat Works.

“His hats are so gorgeous,” Daniels said. “They’re just works of art. They are so beautiful.”

“He fully shapes the characters,” Boone said. “We spin off of that adding soft elements to keep her lovable while she functions seamlessly in in the world of harsh business.”

So, if you’re looking to add some Beth Dutton flare to your own look, Boone said to go for it.

“Ladies, give yourself the freedom to explore,” she said. “Introduce a little color, mini vintage inspired florals paired with power jackets [and] tall boots. Introduce a Western element. Don’t worry what people think. Go ahead, spread your wings.” 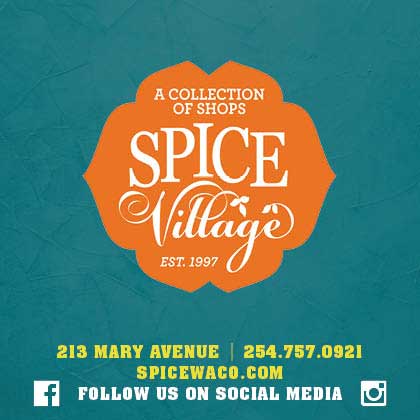 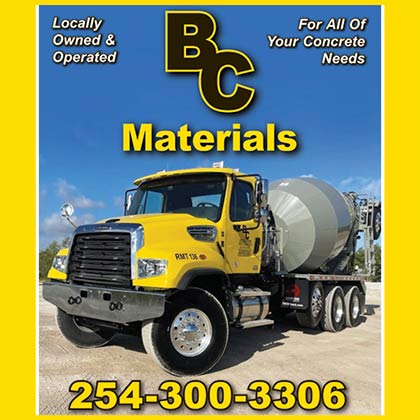 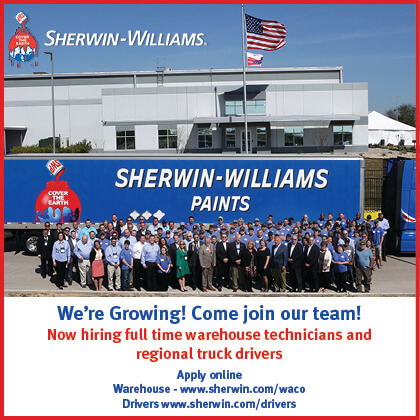