When you have strict dietary restrictions, eating out can be a challenge, as anyone with a wheat allergy, celiac disease or a gluten sensitivity understands all too well.

A wheat allergy is an immune reaction to the proteins in wheat. The reaction is typically quick and can be any number of allergic reactions most people are familiar with, like itching, swelling of the lips and tongue, nausea, hives or even anaphylaxis, which is life-threatening. People with a wheat allergy adhere to a wheat-free diet.

Celiac disease is a genetic autoimmune disorder where the ingestion of gluten causes inflammation in the small intestine. For those who don’t know, gluten refers to the proteins found in wheat, barley and rye. It’s obviously found in things like breads and pastas, but it’s also hiding in things like sauces, soups, dressings and some processed foods. Symptoms for CD include a range of gastrointestinal issues, but there are also a lot of non-GI symptoms, like migraines, fatigue, joint pain, anemia, heartburn — and the list goes on. The only treatment for CD is a strict gluten-free diet.

Gluten sensitivity, also known as non-celiac gluten sensitivity, has many symptoms in common with CD, but it’s different and not as well defined. NCGS is unique from a wheat allergy because it’s not an immune reaction, and it’s also not genetic or an autoimmune reaction like CD. There is still a lot to learn about NCGS as it’s only recently been recognized by the medical community and it’s a little controversial. That being said, even after ruling out possible allergies and CD, those with NCGS say their symptoms improve when gluten is removed from their diet. 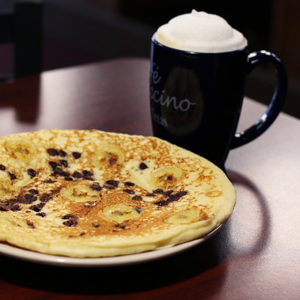 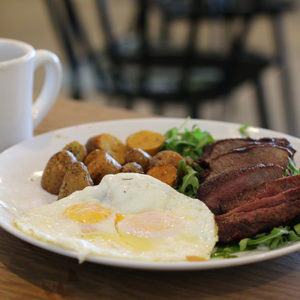 Brunch – Milo All Day: Steak and eggs entree with a side of potatoes 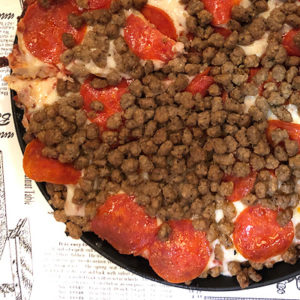 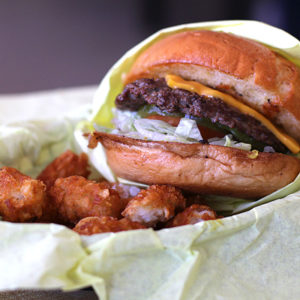 Lunch – Tom’s Burgers: Gluten-free cheeseburger with a side of tater tots* 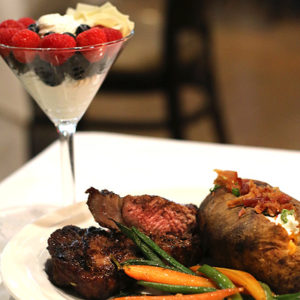 Dinner & Dessert – One Thirty Five: Prime Ribeye steak served with a loaded baked potato, a side of sautéed seasonal veggies and a dessert of berries and whipped cream

*While the tater tots do not contain gluten, those with celiac disease or a severe wheat allergy should note that they are fried in the same oil as other gluten-containing food products and that trace amounts of gluten may be present due to cross-contamination.

Fortunately for anyone with a wheat allergy, celiac disease or gluten-sensitivity, restaurants like Schlotzsky’s, BJ’s and P.F. Chang’s have expanded their menus to accommodate stricter diets. And Waco businesses are no exception. Gluten-free options are becoming more and more common at our local restaurants. If you’re on the hunt for gluten-free options for yourself, a family member or out-of-town company, the Wacoan has got you started. Whether you’re having a date night on Friday or meeting friends for breakfast on Saturday, here are some local hotspots where informed diners can craft their own gluten-free meal, as well as a few places that specifically offer gluten-free alternatives to their standard choices.* Prefer to relax at home? Check out Happy Harvest, hhwaco.com, and Talk More Meals, talkmoremeals.com, for ready-made meals that you can pick up and cook in your own kitchen.

*When eating out, anyone with CD, NCGS or a wheat allergy should be mindful of cross-contamination. Take a moment to speak with your waiter or other appropriate restaurant staff to make sure gluten-free foods aren’t prepared on the same surfaces or with the same utensils as foods containing gluten.

The information found in this article has not been reviewed by a physician and is not intended to be a substitute for medical treatment or for medical advice relative to wheat allergies, celiac disease, gluten sensitivity or other medical conditions.